In a time where bass music is currently flourishing when it comes to the world of electronic dance scene, it’s easy to lose track of all the blossoming talent there is out there but BLVK JVCK is one name worth your undivided attention.

Certainly, no stranger to the music industry making hits for the likes of Rick Ross, DJ Khaled, and Rihanna as part of the legendary production duo The Runners, BLVK JVCK has now entered a new era in music unleashing his fury with a hybrid fusion of the trap and hip-hop genres.

After delivering an official remix of Zeds Dead and Delta Heavy’s “Lift You Up,” the Miami native has been showcasing his production prowess with the release of a steady flow of originals with 2020 shaping up to be his breakout year.

We recently caught up with BLVK JVCK to get to know his story a little bit better while touching on his present, past and future. Check out our exclusive interview below!

DJ Times: For those who aren’t familiar with BLVK JVCK, tell us a little about yourself.
BLVK JVCK: I’ve been producing music for a min. I’m one half of the production duo, The Runners, and this is my electronic project. Well, I hate putting music into genres so I’d rather say this is my “artist” project.

DJ Times: You’ve been producing hits in the world of hip-hop for quite some time now, when did you decide to you wanted to enter the realm of electronic music?
BLVK JVCK: I always went where my creative vibe took me. When I felt like making Hip- Hop then I would make hip-hop. When I wanted to make pop music than I would make Pop Music. My natural vibe took me to this… HOODSTEP. So I started building on this sound, and it keeps growing.

DJ Times: When were you first introduced to bass music?
BLVK JVCK: I wanna say when I first got on to Skrillex. When he first started to pop. I’m like damn…. as a producer I gotta respect what this guy is doing.

DJ Times: Walk us through a studio session with BLVK JVCK? Where do you
find inspiration?
BLVK JVCK: I find inspiration from all types of places. I love working with song-writers. They come in with a theme or idea that I can build on. Sometimes it’s just a one line vocal idea. Like on the song I put out called “THVT SH!T”. It started with the vocal line of “We don’t play that shit”, and I just built the production around that energy.

DJ Times: How would you describe your music to someone who had never heard it before?
BLVK JVCK: A combination of hard bass music with hood music.

DJ Times: Who are some bass music acts that have caught your attention? Are you looking to collaborate with anyone?
BLVK JVCK: I fuck wit Riot Ten. We have a collab we are working on right now. A Carnage collab would be fire as well.

DJ Times: When did you start DJing and how was the learning process for you working with CDJs?
BLVK JVCK: I had some past experience with the CDJs. My business partner and I had DJ’ed some shows under The Runners, but I still had to spend some time on them and get more comfortable. It’s kind of like muscle memory and Every show I’m getting more confident in my skills.

DJ Times: You’ll be showcasing your sound down in Miami going b2b with Murci at the Deadbites party on March 19th, how much are you looking forward to that event and Miami Music Week?
BLVK JVCK: Miami is my hometown so I’m ready to tear that stage da fuck down! MMW is always a vibe. The whole week got good energy.

DJ Times: You’re riding some serious momentum as of late with all these releases, what’s next for BLVK JVCK in 2020 and beyond?
BLVK JVCK: Be looking for me to keep expanding this HoodStep sound. I got some crazy collabs with hip-hop artists coming. I have a record that is gonna shake the planet with Trippie Redd and Another one feat Jordan Hollywood and Lil Baby. Big year COMING!

Want to see what all the BLVK JVCK hype is about live in Miami? Enter for your chance to win a pair of tickets to Deadbites 2020 below! 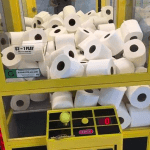 How DJs — and Insurance Companies — are Handling Coronavirus Cancellations 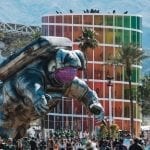