If you’re one of those DJs not familiar with Irish music, having a Paddy’s day gig or Irish event any other time of year can be a tough one to program. Irish music has so many sub-genres like Rebel songs, Traditional, American Irish Rock etc. As a DJ, knowing the difference is key and just like any other gig, you need to read your crowd, set a mood and know when to play them. When it comes to St. Patrick’s day songs, there are many must-play songs by really good bands that aren’t on the annual playlist (see my list below).

Most Irish music is not DJ friendly. They have no room to mix or the quality of the classics are horrendous!

When searching for DJ edits of Irish music, I found very little and the ones I found were edits of songs on the “every year” list. I knew I could do better, add to the list and help the DJ community out. That’s when I hooked up with [membership site] CrateGang.com. You can get all my Irish edits & remixes of songs for bands like The Wolftones, Black 47, Shilelagh Law, The Irish Rovers, The Narrowbacks etc.

I’m Bronx Irish. I grew up in the most Irish neighborhoods you could grow up in — Bainbridge and Woodlawn. In the 80’s and 90’s you would’ve thought you were in Ireland. Even if you weren’t Irish, just living there you picked up on the Irish music. Every pub/bar you walked past it was being played. But I was in the birth place of Hip Hop as well. Everyone listened to Hip Hop. It was huge in the 90’s and 2000’s and as a DJ playing in those neighborhoods you had to know both — especially with the rise of House of Pain.

Instead of separating the styles of music like most DJs did, I would combine them, put some Wolftones over a Biggie Smalls instrumental and that’s how I stood out from the rest of the DJs.

St. Patrick’s gigs can be a shit-show — if you’re not in a DJ booth and DJing on the same floor as the crowd it can be messy! I’ve had some accidents with drinks. The worst thing for me is the crowd pushing into your setup. I’ve had to catch my computer and equipment a number of times. My very first MacBook got smashed that way.

I would put some Wolftones over a Biggie Smalls instrumental and that’s how I stood out from the rest of the DJs.

I do charge more for St. Pat’s but it also depends on the situation — how many hours am I playing, do I have to bring equipment, is it a Parade day in that neighborhood.

With the Parade a lot of bars/venues assume they’re going to be packed and so they get the cheapest entertainment as possible or just use XM radio. They might save hundreds on not getting a DJ but with the right DJ they make thousands more. Some places step over dollars picking up pennies.

“Jump Around” — I do play it. It’s one of those St. Patrick’s day songs that the crowd expects. I mainly only play my Bagpipe Edit version of it. Read your crowd and drop it at the right moment, when they’re not expecting it is when you get the best reaction.

3. Stay In Tonight – The Narrowbacks

4. The Real McKenzies — The Tempest

6. The Rattlin’ Bog – The Irish Rovers

7. Not My Problem Now – Mickey Rickshaw

“Jump Around” – House Of Pain

“An Irish Pub Song” — The Rumjacks

“Here Comes the Night” — Them

“Whiskey In the Jar” The Dubliners or Pogues or Metallica

“The Orange & The Green” The Irish Rovers

“The Unicorn” The Irish Rovers

“Whiskey On A Sunday” The Irish Rovers

“I Used to Love her” — Saw Doctors

“Thousands are Sailing — The Pogues

“Drink It Up Men – Dubliners

“I’m Shipping Up To Boston”,”Going Out In Style,” “The Spicy McHaggis Jig” — Dropkick Murphys 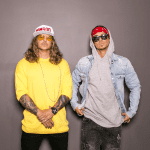 Bombs Away – “You Gotta Be” F/ Reigan 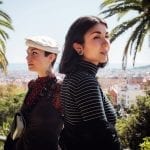