Welcome to the second edition of “Behind the Wedding Music,” a resource to help DJs build wedding playlists. Don’t miss our last article about new wedding songs released in February 2020.  Help your brides make playlist decisions with this list of new songs with notable lyrics and fun facts.

First released by Merle Haggard and Johnny Rodriguez, this song reached number one for both artists and describes a growing love through time.

Facts:Haggard re-released the song in 1999 as a duet with Jewel.  Carll and Moorer were married in May 2019. Moorer is also an author – she recently released a book titled Blood: A Memoir with a companion album titled “Blood.”  A fall tour will include a mix of Q&A discussion, live music, and book signing.

Notable Lyrics: “I want you, Got a crazy kind of love for you”

The song talks about how it doesn’t matter what a person does, you just love them so much you’re willing to work it out.

Facts: Tamar got her start in 1990 as a founding member of the R&B group The Braxtons with her sisters, including Toni (You’re Makin’ Me High).  In 2019, she was the winner of the second season of Celebrity Big Brother.  The song will be on the True To The Game 2 soundtrack.

Notable Lyrics: “You can believe, for sure, I’ll be nobody’s man but yours”

The song was written by McKnight for his wife and is about the incredible love they share.

Facts: Be sure to watch the video because it features actual footage from McKnight’s wedding ceremony.  If you were married in Las Vegas in 2016, McKnight crashed several weddings and sang! Check out the videos on YouTube.

Notable Lyrics: “There’ll never be another, I promise that I’ll love you for the rest of my life”

The song describes a love story during the courting phase, on your wedding day and through until you are 65 and looking back on the life you have built.

Facts: Horan is a former member of the group One Direction. Unfortunately on April 6th, Horan canceled his “Nice To Meet Ya” tour with Lewis Capaldi.  He will continue creating new music though.

Notable Lyrics: “You make it all alright, When everything’s wrong, And this is our song”

“Our Song” was written by Chris Stapleton.  The song talks about drawing strength from the love and lifelong companionship as he looks back on his long life.  A great anniversary dance song!

Facts: In April, Nelson, who wrote “Crazy” by Patsy Cline, will celebrate his 87th birthday.  Did you know that he worked as a disc jockey in Texas radio stations?  This song is released on the album “First Rose Of Spring” — Nelson’s 70th solo studio album.

Notable Lyrics: “Honestly, you’re the only one for me in this world”

The song describes being a perfect husband to your wife forever and how much he is in love with her.

Facts: TJ is the son of Tito Jackson, one of the members of the Jackson 5.  TJ is the nephew of the King of Pop, Michael Jackson. At one point, TJ had co-guardianship of Michael Jackson’s kids and has four of his own children.

Notable Lyrics: “It’s the invisible things that I, that I love the most, So let me hold you close”

The song talks about how carefree you are like kids and you need to be reminded of the invisible things, aka the small stuff it’s all that really matters in a love relationship.

Facts: Lauv has another wedding song titled “I Like Me Better” released in 2017 and performed the song while touring with Ed Sheeran the same year.  Lauv’s album “How I’m Feeling”  was released on March 6.

Notable Lyrics: “Through it all I’ll always stay, ‘Cause we make each other better”

“All I Do” is about a relationship that’s seen its share of problems, yet instead of it withering away, it gets even better with age.

Facts: Shawn is a member of the Grammy award-winning R&B group Boyz II Men.  If you wish to see Boyz II Men now, check out their residency at the Mirage in Las Vegas.

The song is inspired by John’s wife Nana, and is dedicated to the mothers and fathers that protect their children through thick and thin, the partners that stand by people through anything, the nurses that save lives, and the people who make change.

Facts: John writes, produces plays, performs and remixes his own music, as well as writing his own video scripts.  John wrote the #1 hit song “Feel The Love” by Rudimental.

Notable Lyrics: “No, I’ve never worn white, But I’m standin’ here tonight, ‘Cause I really wanna say ‘I do’”

Expressing her commitment to fiancé Orlando Bloom, Katy Perry expresses an everlasting love but also vulnerability in this song, which starts with a sampling of Felix Mendelssohn’s “Wedding March.” She announced her pregnancy in the music video – they are expecting a baby girl this summer.

Facts: Katy Perry continues to be one of the judges on American Idol.  However, on March 19, all contestants were sent home and pre-recorded shows continued to air.  Let’s see if live shows will be shown from contestants’ homes. 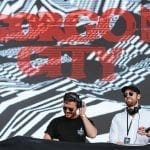 Gorgon City Connects With Drama For “Nobody” 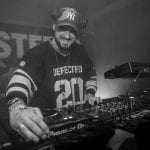