Since we’ve dived a little bit into the topic of DJ riders and unreasonable requests and demands, here’s another topic: mistreatment of the equipment. We’ve already touched on some of the bad habits such as red lining and turning the monitors too loud, but that’s not the only danger to equipment. Liquids, fire and ash as well as people consuming those liquids can be a grave danger to electronics.

You may have seen the viral video clip of the guy who climbs up the stage at some festival and grabs on the DJ table toppling the entire table with all the decks collapsing on him.

Liquids, fire and ash as well as people consuming those liquids can be a grave danger to electronics.

I’ve been in a lot of situations where I had to tell off intoxicated groupies, managers, and even promoters stumbling around with drinks in their hand dancing in the booth behind or next to the DJ. These are expensive, sensitive electronics, with audio and electrical cables and plugs running everywhere that aren’t always secured and safe especially in festivals and pop-up parties. To have intoxicated people with liquids around electrical equipment is a big NO!

Same rule applies to DJs who get sloppy behind the decks. It is not a good look and frankly unprofessional. I’m not anti-fun but this is still a job at the end of the day so don’t spill your drink all over the gear, don’t ash on the decks, they’re not ashtrays, and for the love of whatever you believe in, do not climb over the DJ table — you can hurt yourself or equipment and look like a fool.

When you become a super star DJ one day, remember your beginnings where you had to work 3 part time jobs to afford buying turntables and records (or that Traktor controller if you’re not as old as I am and don’t know what a turntable is). Respect the gear at the club the same way you babied your first mixer you bought with your hard-earned cash working coat check or as a back bar.

Speaking of coat check, the DJ booth is not a coat check for your friends nor is it a charging station for their phones. I’ve had to listen to drunken people demanding their purse or jacket from me while I was packing gear at the end of the night more than I can remember. We are not running a VIP locker room for their valuables. So next time your best friend is stuffing their jacket underneath your table on top of a bunch of cables that she hopefully won’t unplug while you’re DJing, show them where the coat check or locker room is.

Respect the gear at the club the same way you babied your first mixer you bought with your hard-earned cash working coat check or as a back bar.

Also don’t leave your USB stick or headphones behind asking the promoter to ship it to you halfway around the world when you finally find out you’re missing them after your 3 day bender.

When you’re playing after someone, don’t stick your drive into a CDJ or your headphone jack into the mixer without any prior notice, even if the DJ before you is getting close to the end of her time slot, or has gone past it — it’s just rude!

Get to the booth at least 10 minutes before the start of your set to talk to the stage manager, promoter or whoever that seems to be in charge to give a 10 minutes or last 2 track reminder to the DJ who’s on. If there is no one else to do that, gently tap on the DJ’s shoulder when they are not in the middle of mixing, let them know that you’re there and ready to start and ask them how long they need.

When you’re playing after someone, don’t stick your drive into a CDJ or your headphone jack into the mixer without any prior notice.

When the DJ playing before you is playing their last track, if you’re into what they’re playing, compliment them and try to get into the groove and pick it up where they left off, and don’t butcher their last track 2 minutes into it. Start mixing your track towards the end of their last track.

If the DJ opening or playing before you is way off the mark or playing too aggressively or inappropriate for the time slot, don’t panic, don’t let them or the crowd see your agitation. Let their last track run out, give it a pause, maybe a much longer silence if it’s way off and start over!

If the opener is doing a good job warming up the crowd and the crowd is dancing and ready to go, don’t kill the energy by cutting the music just because you spend hours prepping for some super cool intro that has a 5 minutes ambient beat-less sci-fi vibe, just save it for another gig.

If you’re a resident DJ or opening for a headliner, it’s your job to research what they play, don’t be shy to ask them questions to gauge what they have in mind and adjust accordingly. Don’t play too hard; don’t play peak time music, or a style that’s too different than what they’re known for, without compromising your own sound.

If you’re a resident DJ or opening for a headliner, it’s your job to research what they play.

Your job is to warm up the floor and get people excited enough to start dancing but not too excited. A good warm up DJ has to be a tease, some push and pull, a lot of patience and restraint will go a long way. Save the bangers for when you have a different time slot. Playing a peak time set is the easiest. Opening and closing slots, in my opinion is where good DJs shine.

There is enough good advice out there on how to play a good warm up set, but something that doesn’t get discussed that much is the closing set.

Closing is somewhat similar in structure to opening but in reverse (in my view). If you’re going on after a headliner who’s been playing peak time music for two hours, you can’t drop the energy quickly so you start at a higher energy and slowly bring it down, as the dancefloor starts thinning out.

There have been instances where I’ve seen the closer keep the energy up until the last track and the music suddenly stops, the lights come on and the crowd looks extremely confused and disoriented, whereas a good closing DJ gets the crowd ready on a downward spiral so they know when she’s playing the last two tracks and they’re ready for it.

Finish your set with something unexpected and surprising, maybe something nostalgic, something completely different than what you’ve been playing all night, send them home with a smile!

A former club owner, Borzoo Mehrzad owns Ulloriaq, a firm in Toronto that specializes in producing parties and festivals as well as consultation for designing and operating venues, providing sound, back line, stage & set design, visuals, bar management and operation, admission, logistics, stage management and artist liaison and other related services for music festivals and pop up parties. 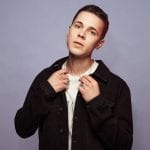 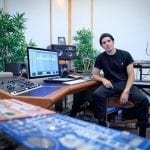