So for jack-flash turntablist/battle jocks looking for a competition, get your practice in… because, in the short-term, at least, it seems like the streaming world is where the battles will be taking place. If you wanna be crowned a champion, you’ll have to tighten up your set and get your stream on.

This year’s Red Bull 3Style world-final event, set for this past April in Moscow, was postponed to a yet-unannounced later date. For the venerable DMC title, this year’s entire competition (national championships and beyond) will be hosted online with the world titlist announced on Nov. 30. At presstime, there was no word yet about if or when a 2020 Goldie Awards event will happen.

Some History: In 1985, the concept of DJ battling as a seasonal tournament was established. A standard for quality was officially set: From U.K.’s Disco Mix Club, the DMC World DJ Championship was born and it became a DJ league to aspire to. A litany of legendary champs – from Cash Money, QBert, and Mix Master Mike to A-Trak, Craze, and the late Roc Raida – made their names at that celebrated event.

Originally a vinyl-only battle, the event in 2011 began to allow DVS like Serato and TRAKTOR. Over time, DMC added a few more DJ competitions: DMC World Team Championship, in 1999; DMC World Supremacy Championship (a head-to-head knockout battle), in 2000; and the DMC Online Championship, in 2011.

Of course, before too long, other outfits got into the game. In 2010, Austrian energy-drink maker Red Bull introduced its version – the 3Style World DJ Championship, which required combatants to play three genres of music within a 15-minute set. As a global brand, Red Bull also produced finals events in some very diverse locales – from Vancouver and Paris to Baku, Azerbaijan and Santiago, Chile.

Then, in 2017, DJ A-Trak (the 1997 DMC World Champion) founded a new battle, The Goldie Awards. Based in Brooklyn and split into two categories, this competition features both a beat battle and DJ battle. Unlike the other DJ competitions, there are no restrictions on equipment that the participants can use.

The Participants: As these are some of the most sought-out DJ battles in the world today, we spoke with a champion from each competition for some battle tips and to compare the events’ similarities and differences. The champs include: Washington, D.C.’s DJ Throdown (aka Ross Volpe), the two-time DMC U.S. Champion in 2018 and 2019; the Austin, Texas-based Buck Rodgers (aka Jordan Rodgers), the Goldie Awards Beat Battle Champion in 2018; and San Francisco’s J.Espinosa (aka Joseph Espinosa), the Red Bull 3Style World Champion in 2019.

Advice: The first piece of advice that they’ll each tell you can be summed up in three words: work, confidence, and patience. Says Buck Rodgers: “In order to succeed, you’ll have to put in the work and commit the time to really hone in on the craft.”

Throdown advises DJs to develop plenty of patience because it takes time, dedication, study, and an endless amount of practice. Equally as important is being calm and collected.

“Sometimes the nerves can get to you,” says J. Espinosa, “and all the practice and confidence you had right before you walk on that stage can disappear instantly.”

Of course, for DJs considering entering any of the battles, it must be noted that there are some key differences between DMCs, Goldie Awards, and 3Style that you’ll want to consider right away.

“They each share many similarities,” says Throdown. “They each tend to concentrate on different aspects of DJing and have adopted separate formats that are very distinctive from one another.”

The DMC competition prizes technical skills. That means scratching, beat-juggling, pitch control, tone play, etc. However, Red Bull’s 3Style is very different from DMC. It’s less about the technical aspects and more about selection, party-rocking, and, of course, incorporating at least three different styles of music. Says J. Espinosa: “It’s a well-rounded competition where you gotta bring the total package to the battle.”

However, the Goldie Awards, the most recent of the competitions, is positioned to sit right in the middle, hence the two battle categories, which bring additional artists and versatility to the competition. In the end of both the DJ and beat battles, the finalists go head-to-head.

Judging the Judges: Now that you know which competition calls for what style, as a participant, you should focus on impressing the (physical or virtual) judges and audience members. With more experience, it’ll get easier to handle the pressure when stepping on the stage, or in front of the live-streaming camera. Most battles have criteria on which the contestants are judged.

“You’ll want to do your homework,” says Rodgers. “Also, it never hurts to do a background check on the judges, so you can find a way to relate to them.”

There are plenty of important elements to the set outside of technical abilities, such as your stage presence and crowd response (whether it’s a physical audience or comments in the chat box). It is also critical to focus on originality, musicality, composition, humor, track selection, and much more.

Recalls Throdown: “My homie Trayze told me years ago, ‘You know when you’re watching a battle and the DJ pulls something off that makes you go, ‘Oh, shit…?’ Well, you wanna cram as many of those moments into your set as possible.’ I look at it as serving a Thanksgiving dinner with all the fixings.” 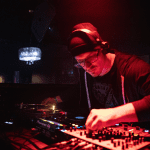 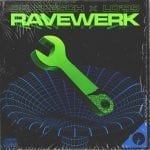