Welcome to the August 2020 edition of “Behind the Wedding Music,” a resource to help build wedding playlists for DJs. Each month we will highlight new songs and include a line of song lyrics, a description of the song’s emotional profile, and a few fun facts — designed to help you advise a wedding couple if they’re looking for something fresh in their playlist.

Here are a few new songs for September 2020:

Everything You Touch Is Gold
Gregory Porter
(August 28, 2020)

Gregory Porter is Barry White and Luther Vandross wrapped into one. His voice is memorable and will bring class to any event.

Notable Lyrics: “Everything you touch is gold, That is why my soul is shinin’, Our story is not yet told, But ol’ girl, I think that you can stop minin’”

Some couples like references to cake and candy to play while cutting their wedding cake. If couples have an ice cream cake, besides Sarah Mclachlan’s “Ice Cream”, you now have this song as a selection.

Notable Lyrics: “Lookin’ good enough to eat, Coldest with the kiss, so he call me ice cream:

Fun Facts: The song’s video features a series of retro-inspired looks referencing the 1950s pin-ups and 1970s flower power. The song is rising quickly on the Billboard Hot 100 as last noted in the 13th position. “Ice Cream” surpassed 18.3 million U.S. streams and 23,000 downloads sold in its first week

A love ballad about starting anew and a fresh start together. Even though the song was written before the start of the pandemic, you can easily correlate the meaning to today.

Notable Lyrics: “Let’s take our chances and roll the dice, I can be your lucky penny, You can be my four-leaf clover”

Fun Facts: The album, also titled Starting Over, is scheduled for release on November 13, 2020. “Starting Over” is Stapleton’s first radio release since 2018 with “Millionaire”.

Ross was in love with Rachel long before she ever knew he was. The song is about being in a relationship that progresses over time. Starting out as friends, and one day turning into a deep love.

Notable Lyrics: “Love never faded, I just needed patience, It was always you”

Fun Facts: The TV show Friends was on the air from 1994-2004. The artwork for the song features a television with “ROSS AND RACHEL” stylized in the Friends font.

The song is meant to unite and be a gift to help fans make it through the troubles of the pandemic. “Dynamite” is made of positive vibes, energy, hope, love, and purity.

Notable Lyrics: “Shining through the city with a little funk and soul, So I’ma light it up like dynamite”

Fun Facts: “Dynamite” is BTS’ first all-English song. Interestingly, the song gives shoutouts to LeBron James, the Rolling Stones, Michael Jackson, and King Kong. BTS broke a YouTube record for the most viewed premiere in YouTube’s history, with reportedly 3-4 million fans tuning in live to see the new music video for “Dynamite”. “Dynamite” is the first K-pop song to top the Billboard Hot 100.

The love song highlight on his newly released album Here On Earth. “Damn Sure Do” has not been officially released as a single yet but will be a wedding favorite.

Notable Lyrics: “So when the preacher said, “Do you take this girl?”, Right in front of the whole wide world, I said, “I damn sure do”

Fun Facts: The focus of the Here On Earth album was to share human emotions such as love, relationships, introspection, and fun. In social media, Tim and Faith are using the hashtag #DamnSureDo when describing their love for each other.

Do you remember the trilogy of Pitch Perfect movies? The cast reunited for an a cappella rendition of “Love On Top”.

Fun Facts: The song was first released in 2011 by Beyoncé on her album 4. The proceeds raised from the downloads & streams of the song will go to UNICEF.

A joyful song about hope and deep love.

Notable Lyrics: “You’re the sun to the moon, You’re my ocean painted blue, You, I’m nothing without you”

Fun Facts: LANY enlisted a children’s choir to provide complementing background vocals. Their name is in all capital letters because it is an acronym for “Los Angeles New York”. Their new album, Mama’s Boy, is due for release on October 2, 2020.

Brown describes “Worship You” as “Heaven” 2.0. If that is any indication, “Heaven” reached certified 5× Platinum status.

Notable Lyrics: “And I ain’t saying you can walk on water, Or that you can turn it into wine, But, girl, it feels like a miracle, That you’re mine”

Fun Facts: The song is part of the seven-song EP – Mixtape Vol. 1. Brown released an Instagram video of him serenading his wife and daughter in their kitchen as a teaser before the song’s official release.

A feel-good song to play to get the mood up and reminiscing about happy times.

Notable Lyrics: “Turn on the good times, turn off the TV, Yeah, the only B.S. I need is beers and sunshine”

Fun Facts: “Beers and Sunshine” was produced via Zoom during quarantine. The song was performed two weeks before an official release at a live streaming benefit concert for St. Jude Children’s Research Hospital during an audience-less concert at the Grand Ole Opry House. 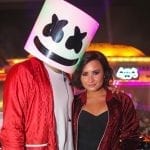 Marshmello & Demi Lovato Connect For “OK Not To Be OK” 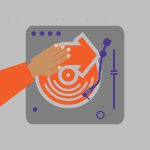