Being one of his most coveted IDs since it was first played out 4 years ago, Prydz decided to release the track in response to fan’s demand on social media over the course of the past few months. “Nopus” is the first original release from the Swedish producer under his full name Eric Prydz since his album Opus was released in 2016.

The release comes accompanied with a music video featuring Prydz footage from ground-breaking live shows allowing fans to take a trip down memory lane with live events currently shuttered due to the ongoing coronavirus pandemic.

“I think, I mean, normally as a touring DJ, I would say I haven’t really been touring this year. I don’t think anyone has, but normally that’s what I do. I make music all the time to keep sane when I’m on tour, and you get inspiration from having good shows. You go back on the tour bus or whatever. You want to make even more tracks and then you try them out the next day and stuff like that. The thing with “Nopus” was that, it’s kind of a weird name, I’ll explain to you why in a bit. In 2015, I made a track called “Opus” and I played… But I premiered that track for… I actually made it to play as the last track of my set at EDC, Las Vegas, the big festival in Las Vegas, and then obviously the track became a huge success, and the next year people were talking about, “Oh, I wonder what new track he’s going to play last in his EDC set this year.” Which kind of made me feel like, “Ooh, I kind of… I need to pull out something special here.” So I started working on this track, and then for some reason after I played it, people started calling it “Nopus” online, and the name kind of stuck because whenever we send files together to each other for the thing, we always call them “Nopus” because we didn’t really have a name for the track. Just one of those, one of those things.”

Take a listen to Eric Prydz’ uplifting new tune below. 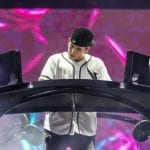 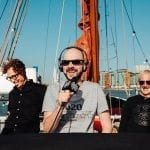 Above & Beyond Unveils Exhilarating Anthem, “Crash”