Over the past decade, it almost has become old hat to see upstart DJ/producers circulate music online to build their initial audiences. Streaming platforms like SoundCloud, matched with the sharing capabilities of social media, have allowed music-makers to get a popular digital foothold, even before they ever play out and personally connect with the public.

For acts like Louis The Child, which began as a high-school tandem, that was certainly its blueprint for success, but one that was based on necessity. Truth is, due to their age and inexperience, the duo really didn’t have any other choice. Nonetheless, LTC’s Robby Hauldren and Freddy Kennett parlayed that template to a legit career that has seen them score radio hits, tour the biggest clubs and play the most prestigious festivals.

While 2020 has been the year that will be remembered for all the wrong reasons, one of the electronic-music highlights has been Here For Now, Louis The Child’s debut on Interscope. Serving up tasty singles “Free” (with Drew Love), “Every Color” (with Foster The People) and “Little Things” (with Quinn XCII and Chelsea Cutler), the chart-topping album delivers 14 irresistible pop-EDM nuggets that’ll stick in your ear for quite a while.

Though the album’s rollout – including a now-postponed tour – certainly didn’t go as planned, Hauldren and Kennett believe that Here For Now can serve as a worthy soundtrack of the period. Though it’s been a time of tedium and tragedy, to them, the album’s theme is to appreciate life and celebrate the people around you.

The duo recently showcased the sounds of the critically acclaimed album Here For Now in addition to a bevy vibrant productions during their set for Tito’s Made To Order Festival, check it out in its entity below! 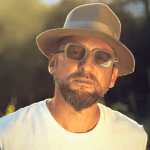 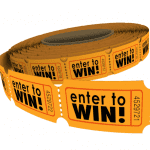