Welcome to the December 2020 edition of “Behind the Wedding Music,” a resource to help build wedding playlists for DJs. Each month we will highlight new songs and include a line of song lyrics, a description of the song’s emotional profile, and a few fun facts — designed to help you advise a wedding couple if they’re looking for something fresh in their playlist.

Notable Lyrics: “All us boys wanna grow up, To make our mamas proud”

Fun Facts: Smith started a brand called Yee Yee Apparel (and merchandise too) with his brothers Tyler and Parker. Smith is also very active detaining his life adventures in his Vlog, Podcast, and his family’s YouTube channel, The Smiths.

Derulo rebuilt the instrumental song “4 Brylean (WayzRmx2018)” by NUKA to create Love Not War with a lyrical story.

Notable Lyrics: “I guess I didn’t try, try hard enough, But we could work this like a nine-to-five”

Fun Facts: Just like Derulo, Jawsh 685 revamped a vital instrumental song on TikTok to create “Laxed (Siren Beat)” and piled up more than a billion streams.

The song tells a story of moments in a new relationship when you first begin to fall in love and you need to pinch yourself to see whether you are dreaming.

Notable Lyrics: “No, we don’t need to be dreamin’, We could just go somewhere
‘Cause all that you need is right here”

The original by Ed Sheeran was released in 2014 on his x album. The song peaked at number one in the UK and number two on the US Billboard Hot 100. Plus, the song became the first to be streamed over 500 million times on Spotify.

This is a Polka cover to the hit song by Semisonic. It is always great to have a modern Polka song in your library for special requests.

Notable Lyrics: “Closing time, Time for you to go out to the places you will be from”

Fun Facts: The band consists of an accordion, tuba, clarinet, saxophone, electric guitar, and trumpet. They gained a large following at nursing homes despite being high school hooligans. Their popularity continued to grow into being performers on the “Octoberfest circuit”.

“Always” is a soulful song about a new, passionate love that will last forever.

Notable Lyrics: “I will always want you baby, always need you baby”

The song was released from LANY’s new album Mama’s Boy released October 2nd. The song’s video was released November 11th and has already amassed almost half a million views.

Notable Lyrics: “and if heaven doesn’t want us, would you go with me to hell, hope you know i don’t want nobody else”

Fun Facts: I also like their song “you!” for a wedding playlist perfect for indie pop-rock fans. The song “you!” was inspired by the song “Yellow” by Coldplay.

Notable Lyrics: “She’s sweet to me, Must be the luckiest man alive, Did i tell you baby, You are the joy of my life”

Fun Facts: The lyrics to “Joy of My Life” were written by John Fogerty. You may remember Fogerty from his solo career or as a member of Creedence Clearwater Revival.

While their cover of Fleetwood Mac’s song “Dreams” topped the Singer/Songwriter playlist, this song is for couples in love!

Notable Lyrics: “I’ll love you from the highest of highs, To the lowest of lows”

Fun Facts: Alexander Jean is a Los Angeles husband and wife duo of Mark Ballas and BC Jean. Ballas performed on Broadway’s Kinky Boots and Jersey Boys. Jean wrote Beyoncé’s song “If I Were a Boy”.

The song is a mashup cover of songs by Justin Bieber and Florida Georgia Line. 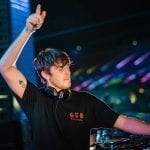 NGHTMRE Takes On ZHU & 24kGoldn’s Collaboration, “I Admit It” 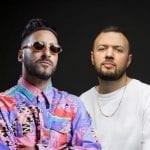