So, we sent out our “Coronavirus Questionnaire” to DJ/producers from all musical genres to find out. During this period, DJ Times will continue presenting the questionnaire responses from talented music-makers from all over the world. Here’s our latest entry, this time from the London-bred, Cincinnati-based prog/melodic house talent Marsh (aka Tom Marshall).

How did you spend most of your pandemic time? I spent most of the pandemic writing new music and finishing my album, Lailonie, that was released this past November on Anjunadeep. From April through December, the album became a full-time job, to put it mildly. It began with finalizing mixdowns, creating album edit arrangements of each track, and it then became a ton of back-and-forth with mastering engineers, artwork designers, press campaign considerations, interviews, live streams, social media. The list goes on and on. I honestly don’t know how I would have managed to get everything done if my 2020 tour schedule hadn’t been shut down by the pandemic.

Have things changed over time? Things have changed, but I’m confident my career hasn’t been ruined by the pandemic. I’ve spent over 10 years working towards the dream of being able to tour and play my music to crowds. This was totally taken away due to the pandemic and I’ve spent many mornings processing what my dream looks like now that I can’t tour. It’s so frustrating and confusing to lose something I’ve worked so hard for. On the flip side, live-streaming has really flourished for DJs and I have been so blessed by the community that loyally tune in each week for sets at my twitch.tv/marshmusician page.

What income-producing work did you lose? In the Anjuna world, I was supposed to be performing at all major “Open Air” shows, Anjunadeep Explorations festival in Albania and Above & Beyond Group Therapy milestone shows. I had shows lined up at New York’s Brooklyn Mirage, Printworks London. I was supposed to tour India, debut in Australia, Spain, and Mexico, not to mention shows almost every weekend in the U.S. I lost a massive amount of my income due to the pandemic.

Are you doing anything now that can or will produce music-related income? I signed an exclusive record deal with Anjunadeep and a publishing deal with Involved Publishing, which contributed to a salary that helped me pull through 2020. I’ve also continued to teach music production and the fans have been incredibly generous with donations and Twitch subscriptions.

What are you doing now that’s ultimately constructive to your music life/career? For example, any more releases on the horizon? With my album released, I’m finally back to writing new music and building a large catalog of music I will be releasing this year and next year. Quarter 1 will see the release of some wonderful album remixes – we have some really exciting names on the line-up. I have a remix for Dosem coming out in January and, in the second quarter of 2021, I’m aiming to open the floodgates to all the new music I have stored away.

What’s in your studio? My studio is relatively minimal. I’ve invested in the bare necessities – good monitoring, solid workstation and essential software synthesizers and plug-ins. I’m using Genelec 8030C studio monitors and Massdrop x Sennheiser HD 6XX headphones. Sonarworks Reference is a must have in my monitoring set-up and has been a game changer to my poor room acoustics. It also makes the HD6XX headphones even more accurate than they are out of the box. Otherwise most of my work is done in the box. I have a super powerful 10-core i9 iMac and I work in Logic Pro X. I have an ever-growing list of third-party plug-ins I use. Highlights in the collection are FabFilter, Soundtoys, Valhalla reverbs and then some free plug-ins that I couldn’t live without – Voxengo SPAN, s(M)exoscope by Smartelectronix. I have a Roland System-1 synthesizer, which I love. I’m mainly using this to control all my soft synths and particularly the Roland Cloud range of software synths. I’m using these on every track. I also have a Native Instruments Komplete Kontrol S49 MKII, which is great for pads, chords, melodies and controlling my Komplete library.

What’s the most surprising thing you’ve realized during this period of social distancing? I dislike giving credit to 2020, but there have been many positives that I’m thankful for. I wouldn’t say I’m surprised, but I have certainly been blown away by the love and support the fans have shown in this time. I’m frequently receiving donations, Twitch subscriptions, and I know that my fans are busy sharing my music with their friends. I have been so blessed by this.

Have you done anything online recently? I have been trying to live-stream at twitch.tv/marshmusician once per week. Each stream starts with two hours of new music I’ve discovered, new music I’ve created and new music I’ve released. I’ll often play for a few more hours, getting lost in my ever-growing collection of music. The fans have stuck with me, as we’ve explored my upbringing in classic trance music from the late ’90s early 2000s. I even did a four-hour mix exploring the drum-n-bass I grew up with. Aside from the live-streaming, I did an eight-week miniseries at my Instagram channel called “Marsh Monday.” I used this series to share small insights into music-production techniques and other thoughts and processings happening behind the scenes.

Any advice on staying sane & relatively positive through this situation? I don’t believe COVID will affect us like this forever. We now have several vaccines on the horizon and I’m hopeful we can get back to shows and dancing together in the summer. My hope, sanity and positive outlook on life comes from my faith in Jesus. He’s filled a void that nothing else in life has been able to truly fill. He heals and transforms my mind every single day and is the fountain of joy that spills into my creations. 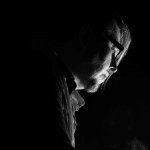 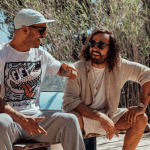