Since first catching notice with limited-circulation white labels in 2019, the musical partnership between Ben Westbeech and KON – known as The Vision – has been making waves ever since. Andreya Triana-fronted singles like “Heaven” and “Mountains” won over Nu Disco fans and DJs alike, and now the duo has released its terrific debut album on Defected.

Flaunting house, disco, soul and funk stylings, the eponymous full-length rides the line between classic and contemporary, as it features collabs with Triana, Roy Ayers, Dames Brown and Honey Dijon.

We caught up with The Vision’s Amsterdam-dwelling singer/songwriter Westbeech and its Boston-based beatmaker KON (aka Christian Taylor) to discuss the album.

DJ Times: You two had separate careers before The Vision. How did this project happen?

KON: We’ve known each other a long time, and wanted to do something for a while. Finally, the timing was right, so I sent Ben a beat and a few days later he sent me back the vocals. Although it was a great track, it didn’t actually make the album. Then, from there, I’d fly back and forth to Amsterdam and, over the span of about five years, we made the album.

Ben Westbeech: I played a gig in Bali, which Simon Dunmore [owner of Defected] was at, and I kinda asked for his opinion. He’d put my second solo album out, so there was a lot of history there. At the time, it wasn’t really a Defected-sounding record, but it took so long to make the album that, over that time, they started putting out different records. The whole Glitterbox thing happened and I guess it suited what we were doing when it came to fruition. As a label, they are really behind the record emotionally, as well as financially, which is incredibly important. There are a few collaborations and different vocalists on the album, including Andreya Triana, Dames Brown, even Roy Ayers.

DJ Times: On the album, the vocal hooks really stand out. Tell us about that process.

Westbeech: A lot of the hooks come instantly when I hear an instrumental. Nine times out of 10, it will be the first thing that comes into my head. On “Heaven,” it was a combined effort with Andreya, and that track has had a great reaction everywhere and still continues to. I even got sent a video of a mass demonstration in New York and they were all singing the lyrics, which is nice to see people uniting over that sound.

KON: For “Missing,” we had the demo pretty quickly and kept working it. I remember being sat at the desk and giving Ben the concept, and we developed the hook and the melody, but we could not get the verses. We knew that the track was a banger, so we didn’t want to let it go. So we asked Andreya to come in and she smashed it. Two years ago, we performed “Missing” at Defected in Croatia and, if you watch the video, the power cut out, the whole festival was down. The crowd then started singing the hook, which they had just heard for the very first time, and instantly we knew, seeing that reaction, that “Missing” was a single.

DJ Times: What gear did you use to get that classic sound?

Westbeech: There was a lot of use of an ARP Quartet, which is like a string machine. I grew up in Bristol and Portishead used that synth a lot. In my Amsterdam studio, where most of the record was made, I’ve got a lot of vintage gear – a lot of the tracks went through an UnFairchild, which is a remake of the classic Fairchild compressor. It gave a lot of the record that tape saturation sound that it has. I bought that compressor about halfway through the recording, and it changed the sound of the record.

KON: I came from the [Akai] MPC60 era, but I haven’t used hardware for a long time. Everything is [Native Instruments] Maschine into Ableton Live. I also use Serato Studio where I can whip things up super-quick, then import them into Ableton. We also used some of the synths at Ben’s studio like the Oberheim and Juno.

DJ Times: How has life during lockdown been?

Westbeech: It’s been difficult not being able to gig when you have a record out. It’s a really odd thing not being able to do any shows. The last show we did was in Printworks [a London club] to 6,000 people, then the next week we were in lockdown. To go from that high to nothing was tough as an artist. I do feel incredibly lucky, though, considering that a lot of people can’t pay the rent.

DJ Times: What’s next for The Vision?

Westbeech: As soon the situation open ups, we will try to do as many gigs as possible. We have festivals such as Parklife and Love Saves the Day lined up, which may or may not happen, and then obviously Glitterbox in Ibiza. Also, we recently released a remix of an old Jakkata and Seal tune [“My Vision”] from back in the day for Dave Lee’s Z Records. I’m also doing some solo projects.

KON: I think it would be difficult to predict that we will be back next summer, but I cannot wait to get back to playing and even social gatherings and smiling and feeling good. 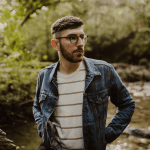 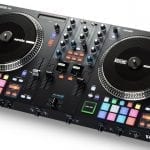