Omid “16B” Nourizadeh has been a favorite of underground scene for more than two decades now. And though he was locked down for a time like much of the rest of us, the London-based DJ/producer never lost any of his prolific, music-making drive.

We recently caught up with the British-Iranian talent to talk tech and more.

DJ Times: When you were younger, what was your initial musical goal?

16B: To make the best music possible and listen to as many artists and bands that I could find. I always get inspired by music and style. I never know it, but sometimes it feels like I’ve heard something before, even though it’s my first time hearing it. Those records used to inspire me the most. In some cases, it felt like I was part of something I had no idea even existed, felt a connection deeply and that inspired me to write the most.

DJ Times: How have you spent most of the pandemic time? What’s it been like for you?

16B: My studio is in central London, which isn’t far off from looking like a ghost town with most things shut or closed for good! Where I live in Putney is how it always is, quiet and green in most parts, and people are just getting on with their lives the best they can. I finished my new album, SunTzu, during lockdown and also scored some music for a new short film that’s coming out very soon. It’s my first time composing for a film and let’s just say it wasn’t an easy task. I also moved my entire music catalog from one distributor to another. It has been a long process which has taken almost a year, but I’m happier where I am. I do appreciate the fact we all have to spend more time at home – but boy, do I miss socializing like we used to.

DJ Times: What did you lose work-wise?

16B: Of course, any producer or DJ would have lost a fair amount of income from gigs, etc., but that’s not the only way to survive and it’s certainly not going to stop us from trying even harder to find new ways or developing existing ways to continue spreading the music to as many people as possible. Money is a universal concern when everyone has bills to pay and less work all ’round, but our spirit mustn’t be effected by that. Otherwise, we have no hope whatsoever. Times like these require more strength than usual.

DJ Times: Any revelations during this strange time?

16B: I’m just releasing good music and making sure the style fits the general vibe of what’s going on. I’m not going to release banging techno records right now. But I may release music that you can lay back and lose yourself to mentally and visualize positivity and inspire your urges. Of course, I’m not saying forget about the dancefloor, but I am sensitive enough to know what’s going on and how we have to find new angles to keep it genuine and interesting all ’round.

DJ Times: You haven’t stopped releasing music during this time…

16B: We released the “Retro Retired” EP on aLOLa Records, which was a very laid-back affair and the single, “Yellow,” from my album SunTzu. The album has 18 tracks on it – it’s fair to say it’s got something on there for almost everyone’s taste.

DJ Times: What was your approach to this album?

16B: To not give in to what’s going on, to keep the flow of energy and keep my heart sending out love through my music. The messages are all there on SunTzu. When you listen to it a few times, it will all make sense.

DJ Times: Sounds like you’re pretty happy with it…

16B: If it becomes the last album I’m ever going to make, I’d die happy knowing there’s something here for everyone. I’m not into designing anything to please a certain group or style; however, this, for me, is the closest thing to covering all the styles I’ve loved to make and still enjoy listening to it now, as much as in my naïve and younger days. There’s such a fine line between the love to create new things when you’re young and still loving the art in it as much when you think you’ve wisened up and become far more experienced.

16B: I’m a UAD man – I use an Apollo 16 [interface] going into a [Soundcraft] LX7II console. My favorite outboards are two [Empirical Labs EL8] Distressors and my dbx 172 [Super Gate]. My favorite plugs are the Sonnox Oxford Inflator and Avid’s Loom for textured sounds. My fave synths are Roland’s Juno-60 and Jupiter-6, which is the pinnacle of sound design, in my opinion. You can pretty much create anything from deep drum sounds to the most sophisticated pads and bass sounds. It’s the backbone of almost all my sounds.

DJ Times: What’s your typical DJ set-up and why do you choose that route?

16B: Two turntables, two Pioneer DJ CDJ-2000 players, a DJM-900 mixer, a DJS-1000 sampler. Most of it’s obvious, but I use the DJS-1000 to sample a few bars of a mix or loop to free up the channels, then mix in the next tune. It’s very creative and you end up almost remixing tracks and doing edits on the fly.

16B: I’m not saying it’s a good or bad thing, but standing in a room on your own without an audience? I guess it’s great for doing a live set of your own material, but I’m not so into doing a DJ set on my own. I feed off the crowd and it’s an exchange of energy which makes the set so fun and unpredictable! I’d feel robotic playing to a camera and constantly checking who’s watching or commenting. Maybe I’m old-school, but the whole point of performance is knowing your audience is in front of you giving you that extra bit for inspiration.

DJ Times: Any theme tunes recommended for the moment?

DJ Times: Any advice on keeping it together through this situation?

16B: Find a few new hobbies and meditate every day, keep physically active and have a goal. Strategy for sanity normally lays in positive understanding of anything negative, accepting the situation and dealing with it accordingly. Not trying to escape the reality, but getting stuck right into it, being an example of what you expect, visualizing and using imagination to bring about a better world and staying strong and supportive for your family and friends.

DJ Times: What’s next for you?

16B: More music for films, possibly another album to make Silenciety and SunTzu part of a trilogy, and my book, “The Energy Investor,” which I’ve been writing for almost five years now. It’s nearly ready. 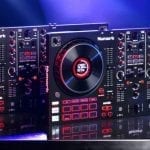 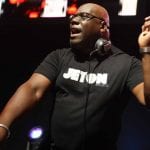