Now in his fifth decade of producing music, Sean Spencer (aka DJ Spen) has had quite a journey. From making ’80s music in an early hip-hop act, Numarx, and co-writing “Girl You Know It’s True,” which became an international hit for Milli Vanilli, to becoming one of deep-house’s great DJ/producers, Spen has grown and evolved into one of the genre’s most respected talents.

Like many, however, the pandemic posed its challenges, which included a halt to money-making gigs. Still, Spen pivoted by cultivating a newfound appreciation for live-streaming, re-focusing on his Quantize Recordings label, and creating a terrific new album, Soulful Storm. Featuring collabs with Crystal Waters and Micfreak (“Party People”) and Monique Bingham (“The End of It All” feat. Roland Clark) and more, Soulful Storm deftly fuses house, nu-disco, R&B and gospel into one satisfying collection. We recently caught up with the B’more-based DJ Spen.

DJ Times: How have you spent most of the pandemic?

Spen: Mostly, running my label, Quantize Recordings, producing music, and doing some live-streaming. I am at home with my family, so there has been a lot of family time, as well. I live just outside of Baltimore and we’ve had some form of restrictions in place since March.

DJ Times: Rough year for everyone…

Spen: I lost all my gigs. My spring/summer touring schedule included regular festivals like Southport Weekender, Suncebeat Festival, Defected Croatia, Bolbeats, and Groove Odyssey Ibiza. Then, I had a lot of individual events scheduled in various locations – U.K., Brazil, Portugal, Bermuda, Guatemala, etc. Luckily, people still want to buy music, so my label is doing fairly well – all things considered – and I have really had a lot of time to focus on some of the details of running the label that I usually just don’t have time to focus on.

DJ Times: What have you learned during this time?

Spen: I think the biggest thing I learned during the “downtime” is live-streaming. It’s definitely a world I never considered being heavily involved in, but it’s the reality at the moment. I have been doing regular live-streams since the beginning of the pandemic.

DJ Times: Tell us about it.

Spen: At the moment, I am streaming a gospel-house session every Sunday on Twitch, Mixcloud and YouTube. I started doing First Fridays in November and that has been fun, as it’s kind of an unplugged-type thing, taking requests, etc. There are a lot of really good streamers right now and we have seen streams getting better and better. I really like DJ Spinna – you never know what he’s going to play and he has some really dope visuals. David Morales is one of my favorites to listen to – his music selection is really good.

DJ Times: Tell us about your studio work during this time.

Spen: Early in the pandemic, I released a project with Crystal Waters and Micfreak, who is an associate producer at my label. The song, “Party People,” was pretty successful. I have just finished a full album, Soulful Storm, which is set to release soon. I have released a couple singles from it already, like “The End of It All” [with Monique Bingham featuring Roland Clark]. I actually have a lot more material, so I am looking at the possibility of releasing a second album in 2021.

Spen: My set-up these days is very portable, and it has been that way for quite some time due to my travel. Yes, I have a DAW set-up. My favorite programs are [Steinberg] Cubase and Ableton Live. I also use Millennia HV-3D pre-amp, which is my favorite tool for recording vocals, live instrumentation, etc. Unlike a lot of my peers who love using Mac products, I am a PC guy all the way.

Spen: I always start with beats first, with drums as a foundation. I usually then get into where a song is going musically. That usually involves a regular roster of musicians I use, including Gary Hudgins from Baltimore, Reelsoul in L.A., or Michele Chiavarini in Italy. From that, we go to the songwriting process, which is usually the hardest part – coming up with memorable hooks and good lyrics.

Spen: When touring, it includes a minimum of three Pioneer CDJ-2000NXS2 players and a DJM-900NXS2 mixer. I prefer four CDJs to allow me to think ahead and get creative with loops, layers, etc. That is my basic no-nonsense set-up. For festivals and large events with a budget for superior sound system, I will request a UREI, Rane or Bozak rotary mixer because the sound quality is second to none. With those mixers, an engineer really has to know what they are doing to get the set-up right. At home, I am using four CDJs and, of course, I have access to my vinyl collection – so that has been fun during live streams.

DJ Times: Any advice on getting thru this time?

Spen: We know things won’t be like this forever. It’s actually a good time to re-set, break a bad habit, or pick up a new, good habit – like exercise or healthier eating. Also, I think staying positive is really dependent on your outlook. I believe everyone has something to be grateful for – even if it’s just breathing, which we know a lot of people are struggling with. So we definitely have to keep things in perspective. Yes, this situation can be annoying and frustrating, but people are really sick and we can’t become de-sensitized because we want to go out and party or socialize. We get one life and everyone has to figure out what they can do to make the most of it during these times. 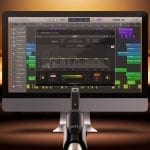 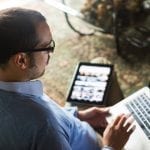