The music products universe seems to be dominated primarily by companies that get their reputation by doing one or two things really well. Of course, there are exceptions, and one interesting company I’ve been keeping an eye on for years now is Italy’s IK Multimedia. I first became familiar with the company as it made its mark by creating innovative music-related products for the mobile market. Among the first to do so for smartphones, and later tablets, the company still seems to have that market pretty much to itself, at least when it comes to breadth and depth of mobile-centric music-product offerings — most of which are offered under its iRig brand umbrella. But, from my perspective, it also feels like the company will try just about any idea it thinks has merit.

It was on that basis that I was surprised (but not really at all surprised) when I got the opportunity to review the company’s new ARC System 3 (often referred to simply as ARC 3), the latest iteration of IK’s Advanced Room Correction (ARC) system. Despite its earlier iterations, it was nevertheless one of IK’s products with which I was not familiar — but one in which I was keenly interested. Why?

Well, if you produce music at home, one of the biggest single challenges to doing so is getting an accurate, well-balanced, professional-sounding master. And the reason is that, unless you have an audio engineering degree and a hefty budget, it’s highly unlikely that you’re going to have a home-studio environment that’s acoustically perfect (or particularly close to it).

Even if you deploy common room treatments like sound baffles, absorption panels, bass traps, etc. — and you should — the room and its furnishings will almost certainly still cause sound reflections that are uneven across the frequency spectrum, and which will in turn fool your ears into making inappropriate mixing and mastering decisions. If you’ve ever taken your freshly mastered recording to your living room or car and wondered why it sounds nothing like what you intended, that’s the reason. (Personally? Been there, done that.)

That’s where ARC System 3 comes in. In much the same way that many home-theater receivers are set up at the time of installation, ARC 3 uses a specialized microphone coupled with software that produces a signal through your studio monitors. The microphone can “hear” the frequency reproduction of your monitors and reflections in the room — from the same position as you sit at your mixing desk — and know where things are coming across too strongly, or not strongly enough.

ARC 3 is available in three versions: software only, microphone only, and bundle. While ARC 3 can use other specific types of mics, to be candid, I see no real value in the product unless you choose the bundle, which at around $150, is an excellent value for the benefits that ARC 3 provides – and it’s the bundle that I evaluated for this review.

The software portion of ARC 3 is a two-part system: room analysis and DAW plug-in. The first step to installing and using ARC 3 then is that first part of the system: conducting the room analysis itself. For that, ARC 3 provides a simple, easy-to-follow, wizard-based approach that’s wrapped in a very attractive user interface.

The mic comes with mic clip for mounting the microphone on a stand, and based on previous experience with these types of systems, it’s my preference to use a stand during the analysis process. Once mounted, I wired the mic to my studio audio interface. Which brings up a requirement: you do need to have microphone input available, one with phantom power both available and enabled. For most home-studio users with even a relatively basic dedicated audio interface, that shouldn’t be an issue. Before analysis, I adjusted the mic stand so the microphone was at ear level, and positioned it on the floor such that it would be in the same position as my head while seated in my desk chair in working position during my studio production sessions.

The wizard guided me through all the steps, including an option to choose your typical listening area; the product provides a number of options beyond simply a single user sitting in a working position at the mixing desk, but that’s actually the option most people would need. After that, the analysis begins, and the software takes you through the multiple steps involved. You’ll move the microphone position as the software guides you on your computer screen, and with each new position, the software generates analysis signals that it uses to understand frequency reproduction characteristics in your room. It takes a bit of time, but there’s nothing particularly difficult about the process.

On completion, the analysis settings are saved for use by the plug-in, which is the second part of the software system, and is what brings everything together. The plug-in, provided in VST2, VST3, AAX and (on Macs) AU is simply dropped into the master track in your DAW (digital audio workstation) of choice — or whatever output bus is feeding its signal to your studio monitors. The plug-in then applies the various corrections to the signal before it’s routed to your monitors.

One of the things I rather liked about the plug-in is that you can select different target curves. For mixing, generally, you’ll want to set it to a flat response, but the software will emulate other response curves so you can get a simulated idea of what the mix might sound like in other select environments.

There are a couple of things worth pointing out about ARC 3, and they apply equally to other similar systems. First, you do need to remember to disable the plug-in before rendering out final audio. If you neglect to do so, the room corrections are applied to your recorded master, and you’ll be in for a real surprise when you go to listen to the mix in another environment. (I can’t tell you how many times I’ve made exactly this mistake.)

Second, it’s worth noting that no technology solution alone can perfectly tame every shortcoming of every studio environment, nor can it correct for a disastrously poor room (acoustically speaking) that lacks any soft surfaces of any kind. Think of ARC 3 as a complement to at least a basic collection of glass fiber or acoustic foam sound damping panels, or other similar solutions, properly installed.

While IK Multimedia’s ARC System 3 is not the only solution of its type on the market, it’s an affordable, easy-to-use way to help ensure that your mixes are accurate, despite whatever deficiencies you might have in your studio environment. In my view, it’s truly cheap insurance to be certain you’re getting the best results that you can out of your home-studio mixing and mastering sessions. 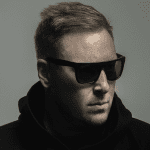 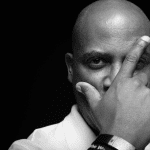