Being one of the many DJs keeping quite busy throughout the ongoing COVID-19 pandemic, Boys Noize has just unveiled not one but two new singles, “Ride Or Die” & “IU.”

Being one who has been streaming often and doing plenty of producing with touring at a standstill in addition to selling audio/visual artwork in NFT auctions, the German Grammy-nominated producer delivers his first originals of 2021 with each single coming from the opposite ends of the spectrum.

With the “Ride or Die” music video NFT selling for over $24,000 on Monday, the world can now enjoy the stunning collaboration with Kelsey Lu and Chilly Gonzales on all streaming platforms and the video being uploaded to Youtube. The New York-based creative studio Art Camp, Danae Gosset & Danica Tan directed and animated the video based on 4000 pages of hand-drawn art to accompany Boys Noize and Kelsey Lu’s collaboration.

“One day, Gonzo sent me a recording of him playing a particular kind of harpsichord called a spinet, and I immediately had the idea of bringing a big musical contrast to the spinet’s delicate notes. The first layers I added were a really dark percussive tribal sound with heavy 909 drums on top. This combination of the classical and the “hi-tec” made me think of Kelsey Lu, who I had seen live shredding on a cello she patched through crazy guitar pedals. Besides loving her music, the experimental approach to sound that we shared convinced me we had to meet,” Boys Noize explains.

“When we finally got together the studio was filled with a rare, special energy, and the first music I played for Kelsey was my rework of Chilly’s spinet. We started on it right away, recording Kelsey’s vocals through my modular system, bending her voice in wild ways, bringing it in close and then far away again, keeping in mind a vision of contrasts combined into something greater than the sum of their parts. Amazingly, everything we recorded in that magic session ended up in the final version of ‘RIDE OR DIE.” And like joining contrasting sounds to make something totally new, certain collaborations can bring inspiration beyond what anyone expected. These moments are my absolute favorite moments when doing anything creative, but especially in music”

As for “IU,” this is a brooding, club-ready weapon fueled by cavernous kicks pummeling under hi-tec breaks that featuring chilling looped vocals from R&B singer Corbin which is undoubtedly primed to ignite dancefloors.

Check out Boys Noize’s two new singles below and enjoy! 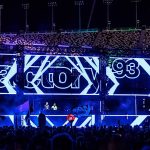 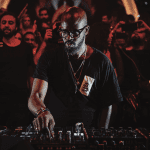