Still buzzing after dropping an official remix of Whethan’s “Stay Forever,” Midnight Kids has unveiled his new original “Out Of Time.”

After Dylan Jagger Lee broke the news that he would be “moving in a different musical direction” back in January, Midnight Kids will now be a solo project consisting of Kyle Girard with the new chapter beginning with another nostalgic dance anthem featuring vocals from Yueku.

Always being a name synonymous with the soundtrack of the summer months, “Out Of Time” is more of the same being an emotionally charged gem fueled vocals soaring alongside exhilarating guitar riffs.

Take a listen to Midnight Kids new original “Out Of Time” below. 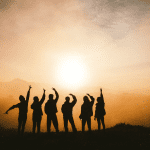 Why Alliances are Important To Your DJ Business 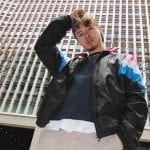 Ellis Returns to Monstercat with Vocal-Driven New Single, “The Taste”