Beginning in 2018, the mystery man known as 1788-L set the festival circuit ablaze with a menacing mid-tempo sound. Original productions like “HEX” (a collab with Rezz), “Momentary Lapse” (with The Glitch Mob), and “Sound of Where’d U Go” (with Illenium and Said the Sky), plus remixes like his take on RL Grime’s “Era” made the electronic-music world take notice.

And now, after a brief hiatus, 1788-L has returned with “Parallel: S,” a compelling two-track EP on Zeds Dead’s Deadbeats imprint. Additionally, the talented DJ/producer is prepping to take his live show to the Hard Summer Music Festival, set for San Bernardino, Calif., this August 1.

We recently caught up with 1788-L to discuss his latest music, his studio and his immediate artistic plans.

DJ Times: You recently returned in a big way with the release of your “Parallel: S” EP. What can you tell us about the concept behind it?

1788-L: Thank you for saying so – I appreciate that greatly. Also, thank you for having me on your publication. Although I am not one to typically give art an explanation, I’d be happy to talk a little bit about “Parallel: S.” I like to think of it as a dimensional satellite episode in the 1788-L universe… a glimpse of a different reality in which 1788-L exists. The fundamental tenet behind the story is simply that everything and everyone within is one. One side is only there to mirror the other from a different perspective. It is for this reason that the release only needed two parts. “Human Machine” represents the disarray of darkness, and “Automaton,” the blindness of light. The different beings shown throughout the visual content all represent the same character, 1788-L, in different forms.

DJ Times: The name 1788-L had become synonymous with the mid-tempo genre, but you showcased your versatility with this new EP. Is that what we can expect from you going forward?

1788-L: You can always expect that I will create new art from different perspectives, draw from different influences, search for new experiences. On the other hand, though, I do strive to leave a unique calling card, one you can observe within anything I’ve made in the past. In other words, yes. I try my best to bring fresh ideas to the table every time. But at the end of the day, I still want the listener to instantly say to themselves, “This is 1788-L.”

DJ Times: “Automaton” is one funky tune. Is it fair to say there was inspiration from Daft Punk in its production?

1788-L: I can undoubtedly say there is no question that Daft Punk greatly inspires the music that I make. In regards to electronic dance, their albums sit at the foundation of my creative construct. I was cataloging the albums of Aphex Twin, Squarepusher, The Prodigy, and other artists of unprecedented talent before my introduction to Daft Punk. It would be upon their discovery that my objectives became clear. Although my purpose was now forever embedded, it would not be until the entrance of another French duo, Justice, would my source code be complete and operational as you see today.

DJ Times: Speaking of production, what gear and/or programs did you use for the new EP?

1788-L: For “Parallel: S,” and most apparently “Human Machine,” I introduced tabletop synthesizers into my workflow. The main lead during the second half of “Human Machine” was all done with a Roland TB-03, for example. A lot of sounds in the first half of the song were created with a modular synthesizer. I also have a Moog Mother-32, which I’ve since recorded a lot of material from. There are sounds from the Moog mixed in throughout both songs on “Parallel: S.” Today, my studio set up is as follows: I run all of the above into a Universal Audio Apollo Twin interface. My monitors are an older pair of Yamaha HS80M units. I make and record all of my music in Ableton Live, which I use on an Apple computer. I don’t use a lot of VSTs. However, I do use Xfer Records Serum.

DJ Times: For your brand, why did you choose to go the mysterious route?

1788-L: The “mystery,” as you say, was created purely by the listener. There was never any definitive choice made to set down that path. I did, however, allow the audience to organically unfold everything and interpret it as they saw fit. The question, “Who is 1788-L?” began circulating on online media outlets, such as Reddit. As speculation quickly escalated, so did the concept of the mystery. The audience took it upon themselves to fill in the blanks with their best-laid context clues, however true or false those may have been. With the exception of the new pieces of information I’ve provided in this interview, this concept remains true to this day. You, the listener, created the mystery. I simply withhold the answers to any questions that I am asked.

1788-L: “Parallel: S Live” is my top priority right now, so I’ll be hard at work pushing this to completion by August 1st. However, I can absolutely say that I have a large catalog of music to release this year, and I am excited to do so – varying styles that I think any 1788-L listener, old and new alike, will enjoy! 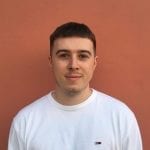 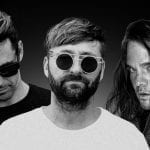