After dropping his fourth single of 2021 coming in the form of “Ironcast,” the UK producer Farius has taken the time to deliver an exclusive Pride mix for Pride month and interview with DJ Times.

Being a Trance artist, as well as one of the lead A&R’s on Tritonal‘s Enhanced Music label, Farius is also Vice Captain for his team in the Stonewall FC – one of the world’s largest LGBT+ Football Clubs.

When he’s not making music or working at the label, he spends his time with Stonewall FC and has been a part of the team for the past decade. Their mission is to create a more inclusive environment in football. His team’s jerseys are the colors of the trans flag, and the team works directly with a transgender charity.

Being an openly out Trance artist and athlete, Farius has thrown together a Pride mix that is made up entirely of LGBTQ+ artists so an eclectic mix of stuff in addition to an in-depth interview with the London-based talent. Check it out below!

DJ Times: When were you first introduced to the world of Progressive & Trance?

Farius: I guess I first discovered trance specifically when I was about 10 years old – I used to be really into collecting CD compilations (showing my age here!), so as well as the classic Now That’s What I Call Music pop compilations, I was collecting the Euphoria, Gatecrasher and other trance compilation CDs too. I think I discovered pretty early on that melody was what got my attention in the music I was listening to – and hence my love affair with progressive and trance started.

DJ Times: In the studio, what’s your current set-up?

Farius: I’m almost entirely “in the box” – essentially using only software to produce rather than hardware synths and processing. I got into producing after studying music for my degree, so my passion was always writing the music before creating the sounds. My first job in a studio was also working entirely in the box rather than with hardware too, so I never really had the chance to experiment too much. In terms of what I use today, I’m a regular user of a lot of Native Instruments VSTs, also the Waves plugins for processing. I’m always looking to expand what I make my music, but I’m also a real advocate of really knowing your way around what you use so you can use anything to its full potential.

DJ Times: What’s your creative process in the studio?

Farius: Nine times out of 10, I’ll always start with a chord progression, a lead melody, a pluck or something similar, just by playing around on the piano. I know some producers have sessions where they just mess around with the sound design and make fun noises, but when I sit down to write a record I usually have a pretty firm idea of what I want to put down and what the journey will look like – and it usually starts with a melody or hook or some sort. From there I usually develop the idea out more into a firm structure for a track.

DJ Times: What would you say inspires you most?

Farius: Seeing other DJs play definitely, and being front and centre at a show with friends. I think the pandemic has affected my inspiration and creativity, purely because that’s not been possible for nearly a year and a half now. Sometimes I’ll hear a track on the radio or Spotify that will give me some inspiration, but I think nothing will ever give me such a rush of inspiration as live music does. I’m excited to see how my creative inspiration is affected when we’re allowed to get out and experience music communally in a live setting together again.

DJ Times: Tell us a little bit about how your new track “Ironcast” came together.

Farius: I wanted to shake my sound up a bit with this one and do something a bit darker and heavy-hitting than my previous singles this year. I had loads of fun working with a couple of new synths in this one, keeping the melody alive in the breakdown, but returning to something quite tough for the drop rather than a big melodic drop. And it seems like people are enjoying the variation!

DJ Times: As one of the lead A&R’s on Tritonal’s Enhanced Music imprint, what advice do you have for producers looking to get their music signed by a record label?

Farius: Work with the label and trust them; they are there to help you get your records as good as possible with the experience they have. I always live by the quote “If you want to go fast, go alone. If you want to go far, go together”. Sounds a bit cliche, but from my experience, it’s one worth sticking to. I learnt so much more when I started engaging and listening to A&Rs and their feedback, rather than finding it almost insulting that someone would dare tell you that the first version of your track isn’t the best thing they’ve ever heard! There are plenty of other smaller things too; like don’t send 25 demos in one email, don’t send tracks that have 46 plays next to them already and are 6 months old, and try and wait at least a week before asking why they haven’t listened to your track yet! From a musical perspective try and stay true to yourself, your passion and what you love, and don’t follow the trend. Keep it fresh too, most A&Rs are on the hunt for something new, not what they already have a lot of.

DJ Times: When you’re not making music or working at the label, you are the Vice Captain of one of the world’s largest LGBT+ Football Clubs, Stonewall FC. How long have you been a part of the team and how did it develop into what it is today?

Farius: It’s true! We’ve been around for 30 years, and I’ve been so lucky to be a part of the last 10 years there. We’re a fully inclusive LGBTQ+ football organisation aiming to provide a safe space for anyone wanting to participate in football – we were born in London in 1991 when homosexuality in the UK faced widespread societal discrimination and LGBT+ representation in sport was non-existent. There’s still a huge way to go to fight for equality in football on and off the pitch and we genuinely believe football can be a leading sport that drives change and equality within wider society. The club has been on a great journey over the last 30 years; I’ve played at The Emirates, Old Trafford and even Wembley Stadium through Stonewall FC. Even with all those glamorous opportunities, we are still committed to ensuring that the club is always a safe space for all LGBT+ people to play football in a safe and comfortable environment.

DJ Times: As an openly out electronic artist and soccer player, what do you think people can do to continue to raise awareness about important issues that impact the global LGBT+ community?

Farius: If you are not part of the LGBT+ community, be an ally. Call out homophobia and microaggressions in every setting, educate yourself on LGBTQ+ history and activism, stand up for what you believe in and amplify the voices of those who are fighting for change from within. We have come a long way in many respects, but globally we have so far to go. 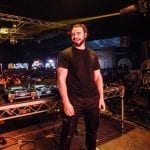 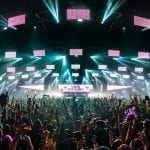