After keeping quite busy over the past year and a half making the most of his time at home, Crankdat has hit the ground running getting back on road in addition to unleashing his Sad Robot EP on Monstercat.

Being able to evolve as a DJ, music producer and graphic design throughout all the coronavirus craziness, we took the time to chat with Crankdat to discuss his debut EP on Monstercat, his time at home during lockdown, his plans for the future and much more. Check it out below!

Crankdat shares, “‘Sad Robot’ EP is my first full-length EP since my ‘Gearworld Vol. 1’ EP in 2019. This EP showcases my melodic style in a manner reminiscent of the music I made when I first started my project back in 2015. I’m very happy to have had some awesome collaborators help me with it – including JT Roach, Ace Aura, and KC!”

DJ Times: What was the pandemic like where you’re living?

Crankdat: Most restaurants closed down. My girlfriend and I pretty much stayed inside the whole time. The gym I was previously working out at shut down and I had to find a new spot to lift with one of my buddies. People wore masks at all times. Carry-out (my fav) became the norm!

DJ Times: How were you able to stay sane & relatively positive throughout this coronavirus craziness?

Crankdat: The most fulfilling thing I did during the pandemic was starting a Patreon and giving production lessons to aspiring producers. This was a very rewarding experience and also helped me with my music a lot. I also got the opportunity to work out really really hard and consistently for the first time in years. I really enjoyed it for what it was.

DJ Times: You seemed to have made the most of your time off touring; what new skills have you learned during your downtime?

Crankdat: Nothing really new per se as much as just ultra-refining a lot of skills I already had. My music went up like, 9 levels. My body feels amazing – I gained 15lbs of muscle and PR’d in every lift in the gym.

DJ Times: How helpful has Twitch streaming been staying connected with fans during an unprecedented time without live shows?

Crankdat: Twitch really filled a void in the social realm for a lot of artists. It was really cool to do a few things where you’d have an audience (like a show for example) but REALLY get to interact with the people in a way that you can’t quite accomplish with DJing. It was an alternative, but a lot of fun.

DJ Times: You’ve taken on the role of teacher of the past year with your demo Twitch streams and launching a Patreon; how has that experience been?

Crankdat: Extremely rewarding. It is something I’ve always wanted to do and I’m hopeful I can facilitate it in the future even though touring has returned. I love how I can help people and provide them with resources, as well as expose them to my mistakes within my journey so they can have a smoother experience with their own.

DJ Times: What words of wisdom do you have for up-and-coming producers looking to make their presence felt in the near future?

Crankdat: Be yourself. Be creative. Create a world with your art, and stand behind it. Technical skills are learnable and so is creativity. Express yourself in ways you like, and really hold on to that. Allow that to be your identity. Have fun. It’s EDM, it’s not that serious!

DJ Times: What are you doing now that’s ultimately constructive to your music life/career? For example, releases/digital art during this period?

Crankdat: Admittedly, at this exact moment, I’m not doing much! I just finished up working on my EP a few weeks ago so I’m taking the time to enjoy life and learn some new skills outside of music. That in itself is constructive. Taking time away really helps me return with a fresh perspective.

DJ Times: In the studio, what’s your set-up?

Crankdat: Barebones. I am currently using a pair of Sennheiser HD650s and a Presonus Audiobox. I’m between audio interfaces having just come off of a UAD Apollo. I stopped using it because it’s harder than it’s worth to get it to work with my PC. Also that – my PC is my most valuable asset in producing. My current rig is about 3k and beats the crap out of my MacBook which ran me 4.5k. Get that heavy CPU kid, it’s where the money is.

DJ Times: What’s your creation process in the studio?

Crankdat: I don’t have one particular place where I start anymore – it used to be the beginning of the track but nowadays I’ll start with a drop sometimes. From there I will add pieces and sounds around it to try and make it a whole song. One development I’ve had lately is that I’m reusing old sounds like crazy. I never used to do that. Also, over the pandemic, I created a bunch of samples, and I’ve been using those quite religiously as opposed to synthesis – especially for bass stuff.

DJ Times: Tell us a little about how your track “The Feeling” with Ace Aura came about.

Crankdat: “The Feeling” came about very naturally. Eric (Ace) hit me up on Insta and asked if I wanted to work on anything. The answer was duh, so I sent him a project that I had abandoned that reminded me of his sound – this was the first version of the feeling. He added a bunch of parts to it and finished the record and that’s how we got the final product!

DJ Times: Would you say your sound/production has evolved over the past year?

Crankdat: Tremendously. I’m currently working with sounds that are very reminiscent of sounds I was using in 2015-2016. At this moment I care a lot less about pushing out the most innovative, fresh-sounded music, and a lot more about staying true to myself, what I enjoy, and what I’ve already done. I obviously want it to be forward-thinking, but the predominant goal for me right now is nostalgia.

DJ Times: Would you say sound/production has evolved over the past year?

Crankdat: Yeah.There’s an entirely new wave of artists that are pushing a lot of boundaries, especially with melodic bass music. Ace Aura is one of them. That side of bass music has seen a ton of new influence lately.

DJ Times: When you have a tough week or hit a wall creatively, how do you get yourself back on track?

Crankdat: Time has shown me again and again that forcing creativity is not productive. Allowing it room to breathe and manifest is key. I simply step away for a bit!

DJ Times: What’s the most surprising thing you’ve realized during this period of social distancing?

Crankdat: How much I actually dislike social interaction and public crowding, I had the time of my life just living inside if I’m being honest haha!

DJ Times: Now that things are slowly getting back to “normal” what can fans expect from Crankdat throughout the rest of 2021?

Crankdat: I’m not done. My goal is 3 EP’s between now and my birthday (March – so a little outside 2021) – Enjoy the first one… then get ready for the next one. You guys are in for a LOT this year! 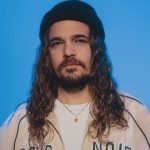 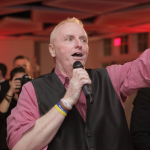