Armin van Buuren is celebrating a landmark 700th episode of his weekly A State of Trance radio show tonight, and he’s given control over to his fans for the big occasion.

For the program, Armin tasked his fan with submitting a voice recording of themselves introducing their favorite track. The two-hour broadcast—set for for today for 2 PM EST—will have been created entirely by ASOT fans. Listen to the show online here.

Armin will continue the 700th episode celebrations next week by beginning his new Together in A State of Trance tour, which will take his A State of Trance Festival to continents across the globe. He’ll kick off the proceedings with a pair of shows in Australia: February 6 in Sydney and February 7 in Melbourne. Armin will host the European edition of the fest at the Jaarbeurs in Utrect on February 21, with an April 11 show in Buenos Aires also planned. Winter Music Conference and Miami Music Week attendees can also catch Armin on March 29 in Miami. More dates and details will be announced soon.

Fans who can’t make it out to the festival dates can catch a livestream of the Sydney date via the ASOT radio show, and they’ll also be able to submit questions for artist interviews here.

For more information, go to AStateofTrance.com 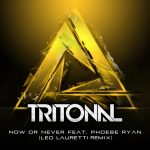 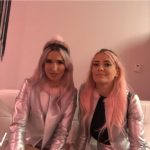