Prepare to eat some grub and then hit the club tomorrow night, because it’s a “Celebration of the Pig” at Verboten New York.

Verboten has unveiled a new “Supper Club” concept for 2015, described by the venue as “an intimate combination of amazing food, cocktails and music in a vintage speakeasy-style atmosphere.” A lavish three-course dinner will accompany a cocktail hour featuring live piano and other music performed by Pig&Dan [ELEVATE], Arjun Vagale [SCI+TEC] and executive chef Chris McLaughlin himself, who’s DJ alter-ego is Saint Glock [SIK NYC]. Ken Masters [SIK NYC], who was once a promoter at famed nightclubs in NYC such as Roxy, Limelight, Sound Factory, will join them in the main room.

Minimal techno mavens Pig&Dan are known far and wide for producing and DJing off-kilter techno and tech house that undulates and pulses deep into the night. Their 16-year partnership has yielded a successful label, ELEVATE, on which they maintain a strong roster of producers and releases, spreading infectious music that elevates the body and mind.

Arjun Vagale is one of India’s most prolific DJs, and has broken out onto the global scene. Arjun maintains that he has a true passion for the underground, though he currently reigns at the top of the DJ Mag India poll.

Doors open for dinner and cocktails at 8pm, while doors for the main event will open at 10pm. Additionally, general admission to the club event is $20, while Supper Club tickets are a combined $60.

Purchase tickets from Resident Advisor or TicketFly, peep the menu below, and save some room after lunch! You’ll need it. 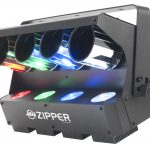 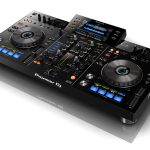