San Diego – Just when you’d think there were too many festivals in America and, worse, they were all starting to sound the same, a refreshing ocean breeze carried in a new era to jump off the EDM train and dive into deeper waters.

Presented by FNGRS CRSSD and Coachella powerhouse Goldenvoice at Waterfront Park in San Diego this past March 14-15, the Inaugural CRSSD Fest offered a lineup stout enough to pique the interest of out-of-towners from New York to Nevada. Sure, there were a few expected big names (like Chromeo) to keep the newbies music-happy, but those a little more in the know flocked to dig in with the sounds of Aeroplane, Bakermat, Trippy Turtle, Justin Martin and more.

Choosing to avoid the main Ocean View Live stage and host Jason Bentley playing a version of genre Wheel of Fortune between sets—though we were pulling for 30 minutes of all Lionel Richie just for shits and giggles—it was much easier to get into a groove at both the City Steps and The Palms stages.

Noteworthy sets out of the more than 50 acts included Amtrac hypnotizing the afternoon crowd into bouncy sways. Hot Natured worked the night into a frenzy, as lights and bass pulsated into the warm San Diego air. The lineup for Sunday was impacted by time-slot conflicts, but offered impressive talent nonetheless. Tensnake was a house-music maestro, and Simian Mobile Disco teamed up with Roman Flugel, creating a vibe that just wouldn’t quit. Jamie Jones B2B with Seth Troxler was a crowd-pleaser for sure and drew in the fans. The supergroup of Pleasure State (Lee Foss, MK and Anabel Englund) had fans singing along and the word “Monsanto” from the track “Subject Matter” never sounded so good. Plus, a tip of the hat to Lee Foss for his stellar live rhymes worked into some trippy tech.

The hot pairing on everyone’s lips, though, was that of Maceo Plex going B2B with Shall Ocin and delivering up a dose of all things proper that would have been a dream to see and hear on a larger stage (and without the soundbleed of Odesza and Chromeo).

It wasn’t just the artists attempting to separate from the bigger electronic-music festivals. CRSSD implemented a ban on “rave attire” and only a few scant kandi bracelets were spotted. The crowd was more mature and, for those smart enough to get there at a decent hour, entry was a breeze. (It was not easy, however, to make the trek from The Palms and City Steps to the only portable toilet areas, especially after imbibing in the craft beers. More facilities please, CRSSD!) Speaking of the craft beers, though they were expectedly priced high (an average of $9 a beer), the selection was more appealing than the average Bud and Bud Light with the Cali Creamin’ Vanilla Cream Ale a favorite amongst friends.

The overall vibe of CRSSD was thankfully less jumping-bean bros and prostitot bottle rats, more chill boho chicks and their equally barefoot boyfriends. Attendees could cool off from the heat at the park’s fountains and wading pools, or if they were lucky enough, lounge out on giant pillows under the palm trees. In all, CRSSD Fest can count itself a success and a welcome destination for those looking to dig a bit deeper. 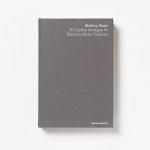 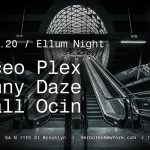