Fresh off a killer New Year’s Eve performance at BangOn!’s Time & Space 2015 celebration, Lee Foss is heading back to Brooklyn this Friday, March 6 for a show at Output.

It’s the Los Angeles-based DJ’s first appearance at the Brooklyn club since his performance there last June, during which he tore up the crowd with an endless arsenal of house and tech house weapons. Right now, he’s splitting his time between his work with Hot Natured, Pleasure State (his group with DJ/producer Marc ‘MK’ Kinchen and vocalist Anabel Englund), and his own daunting touring schedule. Having just released the haunting house cut “Ghost In The System” with Pleasure State this past December, Foss is sure to turn it up at the Williamsburg club for an unforgettable night.

Foss isn’t alone on Friday. The Hot Creations co-founder will be joined in the main room by the label’s NYC hot shots Eskuche & Nu Sky, whose peak-time productions like “Slice of Dice” have become a favorite on the tech house circuit. DKDS will also throw down in the main room, while Psychemagik and Nikola Baytala will DJ over in the Panther Room.

Enter below by 4 PM EST on Thursday, March 5 for a chance to win a pair of tickets to the event. Purchase tickets here and read our interview with Foss and the rest of Pleasure State here.

RULES: YOU MUST BE 21+ TO ENTER, AND BE ABLE TO PROVIDE YOUR OWN TRANSPORTATION TO OUTPUT. TICKET PICK UP INFORMATION WILL BE SENT TO THE WINNER ON FEBRUARY 5 VIA EMAIL. No purchase necessary. The voting period will begin at 1:00PM EST on March 2, 2015, and ends at 4:00 PM EST on March 5, 2015. The winner will be notified that day via email. The winners are allowed to bring ONE companion of their choice. Winners will be denied entry if they try to bring more than one companion. Entrants must use their legal name on the contest entry form as listed on the ID being used to pick up tickets. The contest/event is only open to those 21+ and in New York, NY at the time of the event. Winners must respond in a timely fashion via email to confirm their spot, otherwise their prize will be forfeited. DJ Times will not be held liable for any damage to personal property or injuries sustained while attending this event. Prizes are non-transferrable. While we will never spam you, entering via email gives DJ Times permission to add your email address to its email mailing lists, and to share your email address with any sponsorship partners of this event. 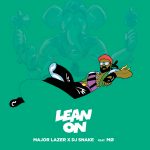 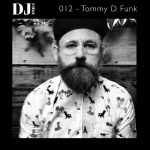