Dirtybird head honcho Claude VonStroke is taking no time to rest after his Coachella appearances with a preview of his upcoming Barrump EP.

Out May 18 on Dirtybird, the new EP is a two-track explosion of ghetto-tech beats, booty bumping basslines, and endless grooves. The title track is an expertly crafted tech-house thumper, with rousing handclaps, heavy drum hits, and infectious hums priming the track for repeated club play. However, “Make A Cake” on the flip-side is a true standout, having already proved its mettle in VonStroke’s sets over the past few months. Synth squelches, vocal cuts, and tribal drum beats all come together for a track that’s not easily forgotten.

Additionally, the track’s release coincides with the Dirtybird 10 year party in VonStroke’s own hometown of Detroit on May 24. Serving as the only Dirtybird party in Detroit for the year, it’s sure to be a rowdy night with many surprises and announcements planned. For tickets, go here.

Preview both tracks below. 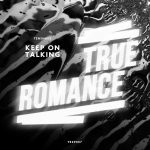 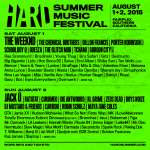