Denver, CO — From the Golden City to the Mile-High City we go!

Last week, the America’s Best DJ Summer Tour Presented By Pioneer DJ & DJ Times headed to San Francisco’s Ruby Skye nightclub for a night with West Coast legend DJ Dan. The InStereo head honcho took to the decks with Donald Glaude for a 2×4 performance, properly celebrating July 4th with a collaborative set that saw both DJs running their own setups into a single mixer.

While there, we held down a dedicated ABDJ voting booth to collect ballots and give fans a chance to win a trip to San Diego for our official Closing Party/Crowning Ceremony at Omnia San Diego on October 11.

This weekend, we’re heading to Denver, CO’s Global Dance Festival for a party in the Red Rocks. Attendees have three full days of music in store for themselves, with headlining performances from Above & Beyond, Tiësto, and #ABDJ2015 nominee Kaskade. Elsewhere, five more of this year’s nominees will take to the stage including Flosstradamus, Seven Lions, 3lau, Green Velvet, and Manufactured Superstars. Outside of ABDJ, the festival’s three stages will host a wide variety of electronic talent, including Datsik, Slow Magic, Route 94, and Doctor P. Peep the full schedule here.

Heading out to the fest? Make sure to stop by the ABDJ booth for your chance to vote and win valuable prizes from Pioneer DJ, DJ Times, and ClubWorld. 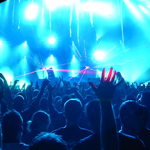 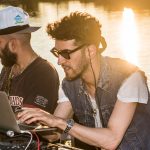