After skipping 2015, Moogfest will move to Durham, NC for its much-anticipated 2016 return.

The famed music, art, and technology festival will relocate from Asheville, NC in order to make its Durham debut on May 19-22, 2016, with festival organizer’s citing the city’s “exploding technology scene and culture of innovation” as factoring into the move.

Next year’s installment will continue the event’s focus on intimate venues for both performance and conversation, and Moogfest will utilize many of Durham’s downtown venues and public space for a mix of tickets and free programming.

To celebrate the announcement, Moogfest has released Translational Drifts: Moogfest Vol. 1, the first EP in a series of free digital recordings that feature artists from the fest’s past, present, and future. The premiere installment includes YACHT, ADULT., Julianna Barwick, Moses Sumney, and Dan Decon taking on tracks by Devo, Pet Shop Boys, Brian Eno, and other artists integral to Moogfest’s legacy. Listen to the EP below. For more information, go to Moogfest.com 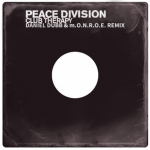 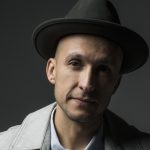