Amsterdam – The 20th edition of Amsterdam Dance Event set records that included 365,000 visitors to its evening music events and 5,500 industry professionals for its daily conferences. Held at a variety of venues spread throughout Amsterdam this past October 14-18, A.D.E.’s seminars presented top talents as keynoters, plenty of gear talk, and panels tackling pressing industry topics.

As always, DJ Times was there taking it all in. The following are highlights from Oct. 15-16 sessions at the Felix Meritis Centre.

The parameters of artists’ influence and personal responsibility to their audiences were discussed on the panel titled “Artist Debate: Power to the Artist!” With social media giving artists such a unique connection to fanbases, how should the artist embrace that and use that connection for good? With a panel that included Seth Troxler, Cassy, Martin Solveig, Nicky Romero and Kölsch, opinions were predictably diverse.

“The power of socials is strong,” said Troxler, the always-unfiltered American DJ/producer, “and I use it to push ideas that are important. It’s our job to spread ideas.”

But Solveig and Kölsch drew lines on pushing topics beyond music. “People follow me for my music and little else, maybe some charity, yes,” said Solveig, the hitmaking French DJ/producer. “You do look to Seth for his personality, but that’s not for me.”

Added Kölsch: “It’s a conflict because we, as DJ/producers, promote escapism. So is it right for us to promote politics or other issues? It’s right for Seth, because that’s him, but it’s not right for me… I want to promote art and open minds with art. That’s my calling.”

Before long, the Berlin-based Cassy piped in. “Getting ‘Likes’ doesn’t make you better than anyone else,” before adding, “You don’t have to know all about Syria and the refugee issue to be a good person. Yes, of course, it’s a real issue, but our own scene has its own issues that nobody talks about.”

When asked by moderator Arash Shirazi (of The Bullitt Agency) what kinds of sacrifices she’s made to be a female DJ in a male-dominated industry, Cassy bristled, albeit good naturedly. “I have not really sacrificed much to be a techno and house DJ,” she offered with much understatement. “It’s not like I was one of the suffragettes.”

When Romero and Troxler mentioned the relative sacrifices of missing a portion of his youth while working in the studio (Romero) or missing family events because he’s always in an airport (Troxler), Cassy feigned injury.

“Awww! Spending time in an airport—what a sacrifice!” she said, only half-joking. “Look, some of us make lots of money traveling around the world and playing music, but we’re lucky to do that. Yes, it’s hard for some to be young and successful and not be full of themselves. So, at the end of the day, I think it’s important to set an example to be responsible, but also be responsible to yourself.”

On “The State of the Techno Nation,” panelist Dave Clarke—an A.D.E. mainstay—argued that “techno pushed everything forward—without techno, there’s no EDM, as we now know it.”

Dutch DJ Joran van Pol, a relative newcomer to the genre, held that techno remains a deeper well than many realize. “Entering the scene now is an education,” he said. “All the DJs who came before us remain an inspiration. Also, it’s more than music, it’s a culture.”

As the conversation veered back into the state of techno in America and that market’s relative indifference to the genre, Lenny Burden of the Detroit duo Octave One said, “There are great cities that embrace this music—San Francisco, New York, Seattle and Detroit, of course—but it’s not nationwide. We play more in Europe, and that’s not by choice.”

But Clarke and fellow panelist Chris Liebing—both Europeans—celebrated techno’s underground status. Liebing, in particular, saw no issue if the masses eventually came to this music, as long as the intention for making it wasn’t purely commercial.

“Just because millions of people listen to music, it doesn’t make it commercial,” the Frankfurt-based DJ/producer opined. “The roots are still there in many cities. It’s just gotten more professional… I mean, where does the underground stop? If you stick to what you believe in, there’s nothing wrong with that.”

As part of A.D.E.’s “20×20” series of 20-minute Q&A sessions, journalist Jonty Skrufff interviewed Mute Records founder Daniel Miller and discussed how he wrote “Warm Leatherette.” Not only was the electronic/punk single Mute’s first release (by The Normal in 1978), it also was memorably covered by Grace Jones and served as an inspiration to the nascent industrial-music scene.

Inspired by London’s punk explosion, but looking to create new sounds, Miller recorded the song on a Korg 700S synth and a pair or Revox B-77 tape machines. “It was all done live,” said Miller. “No sequencers or samplers.” The resulting tune—a hypnotic, yet abrasive track with robotic vocals—took off, thanks to a handful of record shops and one positive review in Sounds, a U.K. music periodical.

Long a successful entrepreneur and producer for acts like Depeche Mode, Miller offered advice to young music-makers. “Create your own sounds, don’t always use presets – that’s how you become an artist,” he said. “When it comes to creating, I believe in luck, magic and limitations. Remember, limitation can be liberating. You can drown in all the possibilities, so give yourself limits. You’ll be surprised what can happen.”

On Thursday’s “Sync: So, You Thought You Heard It All” seminar, panelists touched on the ins and outs of musical synchronization licenses and the best ways for DJ/artists to engage in the process of having their music used in film, TV, and ads—plus the $80-billion gaming industry.

“How do artists get noticed for sync licenses?” asked Kyle Hopkins, Head of Music Supervision for Xbox/Microsoft. “You make great tunes that spike interest in your work, then make sure that you are ready for the opportunity. What does that mean? Have your business side together and be responsive to music directors who are interested in your work.”

Adam Foley from Red Light Management added: “When sending music files, make sure your metadata is foolproof. Make it as easy on a music supervisor as possible.”

The panel, however, was quick to point out that the sync process may not be suitable for every artist. “Doing A&R for sync is different from the kind of A&R done for music that’s released commercially,” said Hopkins, who also has a DJing background. “For the artists, it takes desire and talent, but also a particular temperament to deal with critical feedback.”

Added Foley: “The artist must deal with more politics in the sync world, so they must check their ego, be prepared for feedback and be prepared for a very fast process. But the results can be very rewarding.”

Stay tuned for DJ Times’ coverage of the festival portion of ADE later this week! 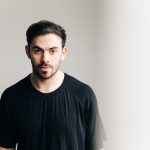 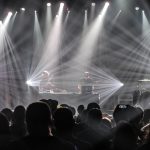