It rained at TomorrowWorld this year. A lot.

Whether it was the ankle-deep mud pits, non-functioning shuttles that left people stranded miles away from their cars overnight, or the full-blown cancelation of the Sunday festivities for non-campers, Mother Nature wreaked havoc on the Atlanta, GA festival’s third iteration from September 24-27.

A million thinkpieces can—and will—be written about the whole experience and where exactly the organization truly went wrong. In response to the onslaught of social media vitriol, TomorrowWorld has issued an official apology and set up a refund policy for Sunday ticketholders that will go into effect immediately.

Those lucky enough to have actually made it to TomorrowWorld this past weekend were treated to a stellar lineup of the world’s biggest DJs, all spread across nine stages that boasted the sort of jaw-dropping production that the festival has become famed for.

DJ Times was present for (most) of the weekend, and here’s what we saw:

Hot on the heels of Thursday night’s Dreamville-exclusive The Gathering, the weekend’s full festivities kicked off with a bang. Thousands upon thousands of ravers swarmed TomorrowWorld’s Main Stage from the get-go, with headlining performances from Tiësto, Steve Angello, and Kaskade (who had just released his new LP Automatic that same day). This year’s theme was “The Key to Happiness,” and the Main Stage served as the crown jewel of the festival with a steampunk-inspired aesthetic that included a gargantuan, working water wheel.

A short walk away lay the booming—if a bit overwhelming—hardstyle sounds of the Q-Dance stage, while Ferry Corsten’s own Full On tent provided high BPM trance stylings from Cosmic Gate, Andrew Rayel, and Corsten himself just a little further past.

Far off on the other side of the lake, it was the furious techno of Adam Beyer’s Drumcode tent that proved to be the highlight of the fest’s first night. Early on, Beyer’s partner Ida Engberg led the afternoon charge before Alan Fitzpatrick took the reigns with a fearless performance that wasn’t afraid to take the crowd up, down, and just about everywhere in between.

The fest’s second day seemed a bit heavier on the bass side of things, with the Mythical Frames stage hosting evening sets from acts like Bassnectar and Seven Lions that patrons attended in droves. However, it was the always-seductive All Gone Pete Tong tent that was the place to be on Saturday.

Tong’s keen ear for the freshest up-and-coming talent in dance music was ever-present in the early afternoon, with Dirtybird and Defected favorite Will Clarke opening the afternoon with his thick booty-basslines ahead of Lauren Lane’s thumping tech-house turn. Dirtybird was well represented that night as well, with a killer set from Justin Martin wrecking into the crowd before head honcho Claude VonStroke took to the stage with Green Velvet for their headlining performance as Get Real. An early appearance of VonStroke’s recent single “Barrump” gave things a quirky edge before the sonic textures delved deeper into pounding house territory, with newer Green Velvet staples—his “Voicemail” collaboration with Hot Creations sizzler Patrick Topping and Hot Since 82’s remix of “Bigger Than Prince”—being particularly notable highlights.

Sunday
The festival’s final day took on a severely different tone, with the carnage of the prior night’s transportation woes having taken a direct effect the proceedings. With entrance to TomorrowWorld shut down to all but the then-presently camping Dreamville inhabitants, the crowds were a bit thinner and slightly—pardon the pun—weathered from the weekend.

Having heard about the transportation nightmares that occurred the night before, survival mode kicked in and we found ourselves hightailing it toward Atlanta after the dark, Ibiza-tinged sounds that “Low Frequency” mastermind Denney cooked up on the Boat Stage at the day’s start.

Until next time, TomorrowWorld! Hopefully The Key to Drier Weather is discovered. between now and then. 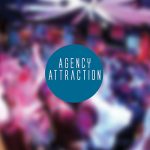 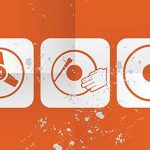 Winning the Battle: How to Beat the ‘Package DJs’