After unveiling a stacked Phase One lineup last month, Ultra South Africa has finalized the roster for its 2016 installment.

The four-day, two-city festival will take place February 26-27 and 27-28 at Johannesburg’s Nasrec Expo Centre and Cape Town’s West Coast Ostrich Ranch, respectively, and will once again reign as the country’s largest electronic music event. Joining already-announced headliners Skrillex and Zedd are none other than Tiësto and Afrojack, who have been no strangers to the Ultra brand throughout their careers. Carnage, Dash Berlin, Robin Schulz, Seth Troxler, and The Martinez Brothers represent a sampling of the international talent on the lineup, which will be rounded out with a healthy dose of local South African talent

The full lineup is below. Purchase tickets and get more information here. Additionally, attendees of the Cape Town edition of the festival will be able to camp at the event for the first time ever. For more information, go to heartbreakmotel.co.za. 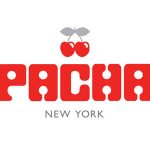 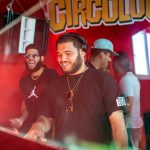