Atlanta’s resident disco funkster Treasure Fingers has kept himself busy in recent months with the launch of his Psycho Disco label, and he’s recapping a recent West Coast stint in a new video ahead of his forthcoming Nite Trips tour.

The new video gives fans a behind-the-scenes look at Psycho Disco’s recent tour of the West Coast, featuring appearances from MSCLS, Henry Krinkle, and Hotel Garuda in addition to Treasure Fingers himself. Set to the sounds of his upcoming single “Music Life,” the new clip shows the team partying, eating, and traveling across the country to slay crowds with its signature funky beats.

Additionally, Treasure Fingers is about to embark on his latest jaunt, his 20-date Nite Trips tour with Landis LaPace. Presented by Psycho Disco, the tour will kick off on January 14 at Washington, D.C.’s U Street Music Hall and will include performances in Hollywood, Nashville, Brooklyn, and Denver ahead of its culmination on February 20.

Full tour dates are below and tickets are available at NiteTrips.com. 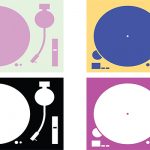 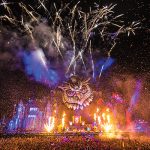