Not everyone can make it to Ibiza to catch club deity Marco Carola’s famed Music On party, but he gave New York a nice taste of the experience this past weekend at Marquee.

It’s always a big deal when the Italian DJ makes a stopover in New York, as the city is well-versed in—and very particular about—techno. As such, it’s really no surprise that Marquee was filled to the brim with revelers, packed in wall-to-wall on both the main and upper levels. You see, it’s an event whenever Carola brings Music On back to Marquee, as its appearances are much rarer than back in 2013 when he held a much more frequent residency. As such, there are always high standards, and thankfully he brought the heat to exceed expectations.

Fellow Music On resident Leon served as support for the night, providing a fiery opening set for the early arrivals as the peak-hour crowd waited in rather lengthy waits outside and in coat check. Those who did make it inside for the beginning of Carola’s set were treated to throbbing tech-house belters from the get-go, schooling the slammed club in just what peak-time Ibizan techno should sound like in 2016. Our personal highlight? An early night drop of Lauren Lane’s massive Edible release “Diary Of A Madwoman” during the transition between Leon and Carola.

If you couldn’t make it out to the Chelsea club this past Friday, take a gander through our photo gallery below. For more information, go to MarqueeNY.com 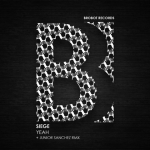 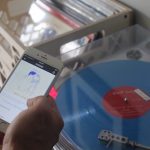