While techno’s origins may lie in the dark crevices of dingy clubs, this past weekend’s SXMusic Festival in Saint Martin proved it’s just as well suited for the beachside rays of the Caribbean as it is the industrial warehouses of Europe.

Running from March 9-13, the debut installment of SXMusic was a tour de force of top-notch techno, tech-house, and house talent spread across more than five venues on the scenic island. The event served as the latest in the ongoing trend of boutique festivals catering to the Techno Tourist archetype, placing hugely popular—and highly demanded—lords of the dance underground in picturesque locales.

For the uninitiated, the island is situated near Anguilla and is split into two distinct halves: the Dutch Sint Maarten on the southern half and the French Saint Martin to the north. It’s gained a significant level of notoriety amongst newlywed and newly retired couples for its idyllic views, widespread adoption of English, and (relative) affordability. Think Aruba minus the Honeymoon Hell and American chain restaurants. With nearly all retailers accepting both the Euro and the Dollar, it’s become a holiday hotspot for both Europeans and Americans.

Of course, the introduction of a party-fueled sea of technophiles into the vacation ecosystem of Saint Martin definitely threw off the delicate balance of the relaxing couples for the weekend, but what’s not to love about that?

DJ Times took a trip down to take it all in, and this is what we saw (when we weren’t busy losing cell phones):

The SXMusic experience started on Wednesday as soon as attendees touched ground at Princess Juliana International Airport, the airport code from which the festival derived its three-letter namesake. Festivalgoers could pick up their wristbands, shuttle passes, and VIP goodies directly from the terminal, allowing for a seamless, headache-free will call process.

Once settled in their lodgings, most attendees headed straight to the Palm Beach outdoor club in the Orient Bay area for Get Physical’s first showcase of the day. The seaside venue would serve as a home base for most guests during the afternoons and early evenings, with day parties running there each day from noon until midnight.

Get Physical’s first party featured performances from m.O.N.R.O.E., Mia Lucci, The Doctors, Audiofly, and M.A.N.D.Y.’s Philipp Jung, with the latter two acts joining forces for a performance as M.A.N.F.L.Y. later that night at the label’s late-night party at Tantra over on the Dutch portion of the island.

Tantra’s decidedly Far Eastern décor set the tone for most of the festival’s ambiance, with temple statues, hanging vines, and Buddha heads situated throughout the club to give off an aesthetic that recalled something along the lines of a raved-out Tomb Raider or a neon-lit Legends of The Hidden Temple. The visually stimulating design was befitting for a vibes that conveyed both transcendence and decadence, which were a perfect match for the hedonism being showcased by the patrons.

Thursday’s festivities took a turn toward the heady side of techno, with the Palm Beach day party boasting performances from Behrouz, Bedouin, Thugfucker, and DJ Tennis. The deep vibes continued at the intriguingly designed Le Shore, with Adriatique and H.O.S.H. providing the soundtrack at the intimate club that featured approximately four times more space dedicated to table service than a dancefloor.

In terms of sheer nonstop partying madness, Saturday stood head and shoulders above the rest as the best night of the extended weekend. Things kicked off once again at Palm Beach, this time with a 12-hour session of Jamie Jones’ famed Paradise party. Greg Pidcock’s opening set at noon was surprisingly hard-hitting, with a superb mix of blazing tech-house and killer grooves serving as a wonderful way to kick off the marathon of a party. Lauren Lane was hot on his heels, getting the noticeably worse for the wear revelers—who, in their defense, were on Day 4 of a partying gauntlet—out of their beach chairs and onto the dancefloor.

Patrick Topping’s early evening set was the true launch of the night debauchery, with raucous tech-house beats hitting hard as quick storm packets popped in and out of the sky. However, the first third of Jamie Jones’ three-plus hour set was marred by unending showers of heavy rain, driving nearly the entire set of ravers to scatter to find any sort of shelter they could. While some eventually took to taxis to escape to their hotels, a dedicated set of dancers broke out a massive tarp and held it above their heads for 100+ people to escape the storm without leaving the dancefloor. For those lucky enough to witness that moment, it provided a magical vibe that captured the pure euphoria emanating from every corner of the festival.

When the impromptu tent rave did reach its conclusion and the rain officially let up, the action headed back to Le Shore for French trio Apollonia’s party. The group was joined by Djebali and Amir Javasoul, and their set was filled with bouncy techno grooves that were infectious and floor-filling. The party didn’t end with the club events that night, however, as Lee Burridge was on-hand to deliver one of his signature sunrise sets to bend some minds.

Kicking off somewhere after 5:30 AM at the gorgeous Layla’s beach bar, the sunrise party saw Burridge take the late-night crowd on a hyper-melodic journey through dreamy techno. He was joined by his All Day I Dream protégé Yokoo, who took the reigns after Burridge was finished to take the sublime celebration well past noon. We’re hoping everyone else caught the memo to wear their comfiest shoes.

Saturday night’s torrential showers during Jamie Jones’ set were not the only time the weather wrecked havoc on the SXMusic proceedings. The night prior, Maceo Plex’s set at the day portion of his Ellum showcase was canceled due to heavy winds and consistent downpours. Thankfully, he delivered an absolutely masterful performance behind the decks at Tantra that lasted until sunrise. This sentiment was echoed by many throughout the rest of the festival, with many an attendee citing that set as the favorite of the weekend.

All in all, SXMusic succeeded massively thanks in part to using its home to create unforgettable experiences for its attendees. While any booker can throw massive amounts of money around to book the best of the best DJs, it takes deft skill and an expert knowledge of the ClubWorld to put them in the right environment for them to deliver one-of-a-kind performances that won’t exist anywhere else.

Additionally, it was evident that the organizers behind SXMusic had a genuine love and respect for the island of Saint Martin. Upon arriving, festivalgoers were given a guide that went far beyond just giving out set times. Detailed ideas for excursions, killer restaurant recommendations, and more were listed to give visitors a chance to discover more about the rich culture and history of the island beyond the festival’s stages. Attendees were even rewarded for exploring and being spontaneous, with a secret jungle party taking place at Loterie Farm on Saturday and a last-minute Le Shore afterparty featuring Jamie Jones and Dubfire being announced on the festival’s final night.

With such a great debut edition, SXMusic is poised to grow even bigger and better in the coming years. If you couldn’t make it down to Saint Martin this year, start putting aside your coins now and make it priority to dance in paradise next spring—we’re sure ready to. 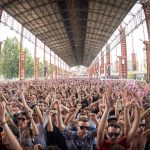 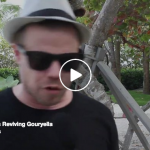