Some seven years after the release of his first album, Sharam has announced the details of his sophomore LP A Warehouse.

Due out June 10 via Sharam’s own Yoshitoshi Recordings, the new LP features 13 tracks from the Deep Dish member that touch on everything from disco to hypnotic clubby affairs. Boasting some high-profile collabs—including a choice cut with Giorgio Moroder—and a wealth of new material, A Warehouse seeks to up the stakes even further than Sharam’s first album. Listen to the first single “Same” below.

Speaking of the LP, Sharam said:

“I never want my records to sound like anyone else’s, and at the same time I never want two of my own tracks to sound the same… Every track is its own adventure, like an individual ride in a theme park. Each ride has to stand on its own, but come together as one cohesive unit in the context of the theme park. In this case the theme park is A Warehouse, filled with hypnotic rides and emotional rollercoasters.”

Additionally, Sharam will embark on a special tour to coincide with the album’s release. Tour dates are below, with more to be announced in the coming weeks. For more information, go to Facebook.com/Sharam. 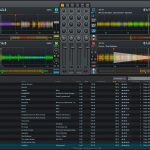 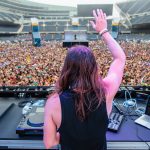