Break out your leisure suits and white horses, as I Feel Love is bringing a two-night immersive music experience channeling the 1970s club culture to Brooklyn on September 9-10.

Presented by Casablanca Records in assosciation with Discord, the unique event will descend upon an abandoned factory to give attendees a reimagined world of 1970s nightlife. Disco legend Giorgio Moroder leads both night’s stacked lineups with Studio 54 legend Nicky Siano, with Jackmaster and Oliver and joining them on the first evening and Armand Van Helden and Soul Clap on the latter. Taking its name from Moroder—who re-signed with Casablanca earlier this month—and Donna Summer’s iconic Italo-disco classic, the party promises “an experience unlike anything in the current NYC club landscape.”

Tickets are available at IFeelLove.co. 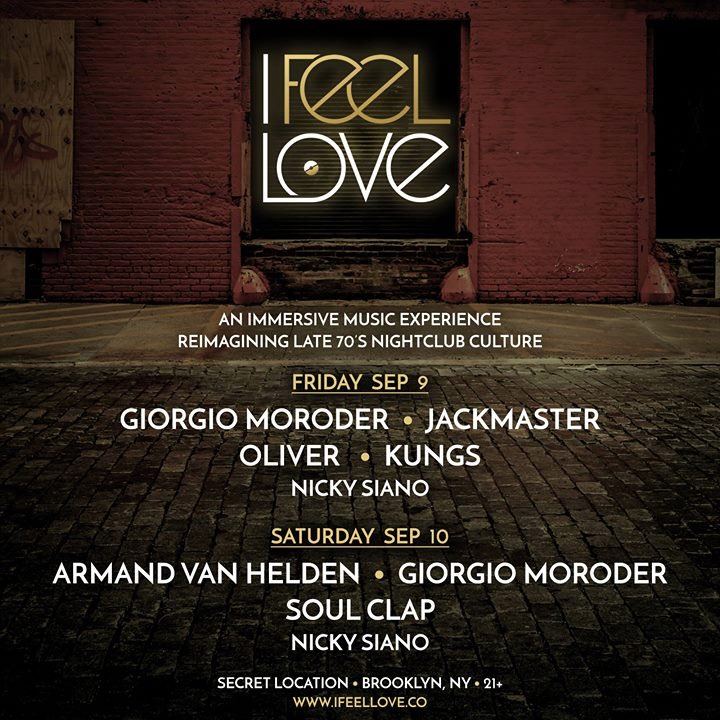 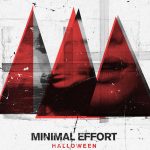 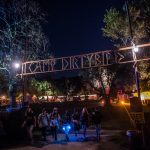