Since its debut in spring 2015, San Diego’s CRSSD Festival has become a semi-annual fixture on the SoCal electronic scene.

The 2016 fall installment of the seaside event is set for this weekend (October 1-2), offering two full days of house and techno’s finest DJs and a slew of electronic-tinged live acts at Waterfront Park once again. As with prior editions of CRSSD, the festival organizers have enlisted a stellar lineup of talent from top-to-bottom.

Once again spread across the three stages—City Steps, The Palms, and Ocean View—this year’s artist offerings promise a diverse selection of electronic soundscapes, from the light and breezy to the heavy and menacing.

Attendees first walking into the fest will be greeted by scenic views of The Palms stage, which will feature headlining performances from tropical house pioneer Thomas Jack and Polaris Music Prize-winning producer Kaytranada. Scene veterans Lee Burridge and DJ Harvey are surely set to deliver expectedly killer performances, but it’s this year’s undercard that packs some true surprises. On the hit-list this time? Niagra Falls native/deadmau5 protégé Rezz, Night Bass founder/bassline purveyor AC Slater, and gifted youngster Sam Feldt. The phrase is throw around often, but this time there really is something for fans of every genre.

Ocean View will once again play host to the lineup’s varied live acts and will be headlined by Swedish trio Miike Snow and enigmatic producer Zhu. Flight Facilities and Cashmere Cat are sure to bring out big crowds, but British singer, producer, and general hit-maker MNEK is the one you definitely shouldn’t miss out on Sunday at 4 PM.

Beyond the fest, Fingers CRSSD have prepared a mind-blowing set of pre- and post-parties throughout the weekend. Friday evening’s Lee Burridge get-down at Bang Bang seems to be the move, while Saturday’s intriguing match-up of Matrixxman and Bonobo over at Spin seems like a no-brainer. Those looking to close out their San Diego weekend with the deep and dark ends of the techno and tech-house spectrums need to look no further than Maya Jane Coles’ Music Box blowout and Dubfire, M.A.N.D.Y., AND Lee K’s party at Spin.

There’s only one real question left: Is it Saturday yet? 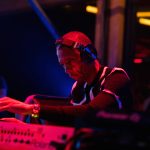 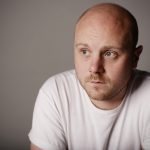