Philadelphia — As a child, Michelle Lee (aka DeeJay Shelly) always had music around her. She grew up listening to everything from Prince to CCR, knowing that somehow music would be a big part of her life. That’s why at age 16, she started working with Balshem Entertainment as a DJ assistant and dancer.

Three years later, she decided she no longer wanted to just be the assistant. “During my first three years with Balshem Entertainment, I worked various types of events in Philadelphia, from weddings at the Downtown Club, to private Philadelphia Flyers events at the Spectrum—now the Wells Fargo Center,” she says. “Stuart Balshem, the owner, was making money doing what he loved: playing music. I realized I could, too!

She wanted to be DeeJay Shelly. So she borrowed $3,000 from her grandmother to start her mobile DJ business, Sounds by Shelly. She was 19.

But breaking into the industry as a female was a challenge. “A few people told me I was silly, or crazy,” Lee recalls. “I was even told, ‘That’s a stupid idea.’ Once I became a DJ, no one wanted to believe I was the DJ. I would walk into almost every party planner and say, ‘I’m the DJ. Can you tell me where I should set up?’ Almost every single time, the event manager would reply, ‘Tell the DJ he can set up over there.’ If it wasn’t for my mom’s amazing support, I may have given up.”

At first, she took these comments personally. “I felt people didn’t think I was good enough to be a DJ since I was a female,” she says.

“I stopped listening to anyone who had negative comments,” she continues. “Mind you, critical feedback to help you is very different from negative comments that offer no other purpose than to put you down, or hold you back from your fullest potential. I surround myself with other positive, supportive, hard-working, and goal-oriented people. I feel this is one of the best things you can do for yourself.”

The next biggest challenge occurred when she decided to go full-time two years ago. “I had always relied on Sounds By Shelly as a second source of income. It was very scary to decide to rely solely on my business to support me financially.”

How did she manage? “I put a spin on it! I took my biggest challenge—being a female DJ—and made it my biggest asset. I realized being female made me different. It was one thing to help me stand out from the crowd. I realized I needed other things to make me stand out. I started wearing bright red [SonyMDR X05] headphones. I also started using the slogan, ‘Get SHELL Shocked!’ which I trademarked in August 2014. These marketing techniques helped me to book events with famous celebrities like fashion designer, Betsey Johnson. Betsey was specifically looking for a fun, female DJ for one of her fashion events. Having that said, I’m certainly not hired on the sole fact I am a female.”

Her presence on social media also helps her stand out in her market. “When I began my Facebook page, I would post short clips from each of my events of people partying. While the parties looked fun, I wasn’t giving visitors any information about me, or any real reason to follow me. What I needed to do was show my personality.”

Lee thinks it’s also important to think about the audience you’re trying to attract. “Then, make sure your posts relate to this audience,” she urges. “This way, you’re more inclined to gain these followers. For example, I decided I wanted to use my social media to connect me with music lovers all over the world. While I do post about my events, I post more about music. For example, I normally post a ‘SHELLZAM!’ A song of the day, it’s a twist on the music app, Shazam. This also helps me to find clients who are passionate about music.”

“The Numark Mixdeck is perfect for me,” she says. “It doesn’t have a lot of the bells and whistles that some of the other controllers have, but I don’t need them. Also, the Mixdeck is an investment for me because I can hand it down to my beginner DJs—it’s how I teach them when they come on jobs with me. It’s the perfect controller if you’re teaching someone.”

We asked Lee about the best advice she’d ever heard about running a business. “When I need advice about business, I go to my dad,” she says. “He ran his own business for many years. He’s where I get my entrepreneurial spirit. The best advice he gave me was, ‘Never put all of your eggs in one basket.’”

How does this relate to the entertainment industry? “Right now, you may be receiving a big part of your business from one club, one venue, or one planner,” she says. “You may have had this relationship for years. Well, guess what? Things change — especially in this industry! Don’t ever put all of your time and energy into just one thing. I spread my marketing efforts across many different avenues. Venues used to be a huge part of my referral business. Now, it’s the Internet. I’ve seen DJs lose a huge part of their income because a venue took over new ownership, and stopped sending them business. Don’t let this be you!”

Lee says the biggest differentiator is the experiences her guests have at her events. “While I am a DJ, most people have never seen a female DJ, so this makes our services different. Yet, we go a few steps further. My entertainment team will also dress to the theme, or company branding of an event. In some cases, we even greet guests in different languages.”

For this reason, Lee says, her competition is actually other types of unique entertainment, not necessarily DJs.

“I have experienced a few competitive DJ companies in my local area,” she says. “However, in general, I would have to say I feel we’re more of a community, rather than companies competing with each other. I feel very happy to have a large network of DJs who help support each other. For example, Gregg Hollmann with Ambient DJ Service—who recommended me for this article!”

Nice to have friends in high places, right? 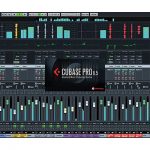 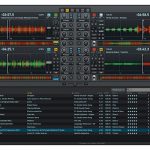