Originally started 10 years ago as a post-New Year’s gathering for Bartenders, Promoters, Managers (from which its name is derived), The BPM Festival has become one of the year’s most important musical gatherings alongside Miami Music Week and Amsterdam Dance Event. The 10th anniversary celebration is more action-packed than ever, offering 10 full days and nights of showcases featuring techno, house, and tech-house’s biggest stars and freshest faces.

With the fest’s opening weekend just wrapping up, the DJ Times and ClubWorld teams are packing their sunglasses and techno fans for our turn on the dancefloor far, far away from the blistering northeastern winter. To help spread the love, we’re sharing our picks of some of The BPM Festival 2017’s best parties to knock down the challenge of doing it yourself.

For those not lucky enough to be avoiding the winter assault by jettisoning over to Playa Del Carmen, BE-AT.TV is streaming some 15-plus parties live on their site, allowing you

Additionally, DJ Times is very pleased to have The Wandering White Rabbit host Danni King on-hand this year to bring you interviews and footage of the biggest DJs playing this week at the fest. Keep your eyes on Facebook.com/DJTimesMag to get up-to-the-minute video coverage of The BPM Festival 2017 and peep our party selections below.

Since its launch last year, Lee Foss’ latest label imprint has carved out its own signature sound by routinely delivering alien funk from Mars to Earth’s citizens. The party will touch down in Mexico on January 9 with an obscenely great lineup at Canibal Royale. Patrick Topping, Kidnap Kid, Kenny Glasgow, and Detlef are on deck for the shindig, which will also see Foss team up with Anabel Englund for a special showing recalling their iconic BPM Festival 2013 performance.

The French house cabal—comprised of Shonky, Dan Ghenacia and Dyed Soundorom—has never failed at delivering spectacular sets at clubs and festivals around the world with the trio’s signature back-to-back-to-back, one-record-each approach. This time, they’re playing for an extended nine hours, bringing the Martina Beach Club crowd up, down, and all around with their unforgettable selection skills.

Vatos Locos
January 14
Hector is bringing his Vatos Locos party brand back to its birthplace when he celebrates its second anniversary since its debut at BPM Festival 2015. Known for his hazy tech-house grooves, the BPM regular is pulling out all the stops for the day party, with Chad Andrew, David Gtronic, Hanfry Martinez, and more all confirmed to join him behind the decks of Blue Parrot.

Nicole Moudaber Presents MOOD
January 14
Techno’s queen of drums is back at BPM with another showcase for her celebrated MOOD label. The big sell of this one is Moudaber going back to back with big room master Chris Liebing, but the undercard of Julia Govor, Coyu, and Victor Calderone might just be the highlight.

The Bunker
January 14
There are a lot of ways to describe The Bunker, but we’ll settle with one: New York’s premier techno institution. Fresh off celebrating its 14th birthday celebration on last night, the crew—Mike Servito, Derek Plaslaiko, Bryan Kasenic, and more—will jettison down for a Saturday night marathon on the eve of the festival’s closing. Expect the throbbing sounds of Brooklyn warehouse techno to ring shake the sand and strap in.

Desert Hearts Presents Playa Hearts
January 15
The transformative West Coast tech-house crew’s popularity has blown up over the past year, and they’ve got some big plans to close out the fest on Day 10 of BPM. Of the group, Mikey Lion, Lee Reynolds, Marbs, and Porkchop will be on-hand to hold down the fort, which will also see Rodriguez Jr., Andreas Henneberg, and Doc Martin joining in on the fun. Prepare to get transcendental. 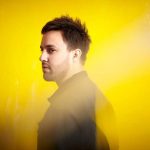 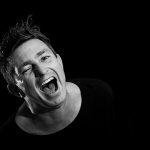 Just Be: Matthew Benjamin Rolls with the Changes