New York City – As many of you know, legendary DJ/party host David Mancuso passed away this past November 14 – he was 72.

I recently attended his memorial – a “Celebration of Life,” held this past February 14 at the New York Society for Ethical Culture on Manhattan’s Upper West Side. With a production that included gospel-music performances and speakers sharing cherished memories, the event was wonderful. Here are my thoughts from the evening:

This past Tuesday, February 14, was more than Valentine’s Day. It was the 47th anniversary of “Love Saves the Day” – the first party that the late David Mancuso hosted for friends of similar musical persuasions.

David hosted that first party in his apartment at 647 Broadway. But as attendance eventually grew over time, so did the need to find another, larger setting, so the term, “The Loft Parties,” stuck—and a legend on 99 Prince Street was born. So, the many hundreds who attended David’s memorial were happy to hear that The Loft Parties would continue as a tribute to David and his love for music.

I was honored to be asked to speak at his memorial celebration and I related the story about how it was David who suggested that I become a record-pool director. Flashback to 1975 when David established the first record pool (with help from co-founders Steve D’Acquisto and Paul Casella), known as the New York Record Pool. Back then, the rule was that all DJs had to pick up their vinyl in Manhattan every week, or those records would be given to others. I asked Paul (my best friend) if I could run a “pick-up station” on Long Island to make it easier for those of us DJs living east of Manhattan to get their music.

I soon received a call from David stating that they had enough to deal with running one location and he thanked me for asking to work with them – then he suggested that I start my own pool to service Long Island DJs. He was persuasive, supportive and acted like a mentor, which surprised me since he could have easily considered me as someone who would be a competitor for DJ participants/record-pool members.

Although “The Record Pool” (or “99 Prince Street Pool” as some called it) only lasted about two years, the concept eventually gave rise to over 150 record pools across the country. David’s vision of organized record promotion provided the method which major labels and small independent record companies alike could get dance-music product from pressing plant to turntables at literally thousands of dance clubs in just a few days.

David was a very private person. He was never focused on fanfare or on financial reward. To him, it was truly about the music. At the 20th anniversary of my record pool – the Long Island Record Pool, now known as New York Music Pool – we dedicated that event to David, Steve and Paul for their efforts that spearheaded the record-pool phenomenon. But even then, getting David to accept an award was like pulling teeth. He remained modest then and stayed reserved to the very end.

In my closing remarks at his memorial, I mentioned that I consider David to be the one person who contributed most to the explosion of dance music’s popularity by establishing record-pool distribution during the infancy of the dance-club scene. But if David is looking down, hearing me say this, he would likely argue with me and insist that it’s simply about the music. 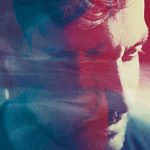 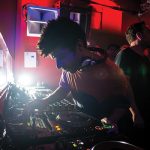