It’s been just four years since Jamie Jones last appeared on the cover of DJ Times. But it’s remarkable just how far the Welsh phenom has come in some 48 months from being described in many circles as “the best DJ you may not know.”

Back in 2013, Jones had already established himself as underground force, thanks to some nascent releases like his turbo-blasting remix of Azari & III’s “Hungry for the Power” and his Fabric 59 mix compilation. Hot Creations—the label Jones co-founded with Lee Foss—had earned its place as the home of the off-kilter tech-house that was as cool as it was floor-filling, and Jones’ Paradise residency at Ibiza’s DC-10 was gearing up for its second full-summer outing.

In the years since, Jones has ascended to being a bona fide DJ superstar, with no “underground” qualifier required. Having notched headlining sets at Ultra Music Festival Miami for four years running and routinely selling out clubs like New York’s Flash Factory and Los Angeles’ Sound Nightclub, the Welshman is as in-demand on this side of the pond as he’s been in Europe.

Hot Creations has become a fertile breeding ground for tech-house talent, with acts like Patrick Topping and Denney being catapulted to their own club superstardom with releases on the revered imprint. His live band project Hot Natured—comprised of Jones, Foss, Luca Cazal, Ali Love, and occasionally Anabel Englund—has dropped an album, toured the world, and even hit the Top 40 for the U.K. Official Singles Chart.

Paradise has taken on a life of its own, becoming the Wednesday night event in Ibiza and sprouting annual multi-thousand-capacity installments in Amsterdam, Miami, and Playa Del Carmen, in addition to one-offs in Moscow, Barcelona, and more. Creatively reinventing itself each year with colorful themes like A Planet Called Paradise and 2016’s Paradise: A Virtual Trip and bookings that run the gamut of legends like Danny Tenaglia, established faves like Nicole Moudaber and cutting-edge talent like Midland and Jey Kurmis, the brand has cultivated its own identity and ethos separate from the Hot Creations brand and even Jones himself. Just this past December, a Paradise on Earth mix compilation series was launched featuring Paradise veterans Topping and Nathan Barato.

This year, Jones has his eyes set on one thing in particular: America. While already a headlining draw at clubs across the country on his own, Jones is poised to take the Paradise brand to new heights with one-off parties and festival-stage takeovers throughout the year. Kicking off the fun is Paradise in Space: a relaunch of the perennial Miami Music Week party that takes the event away from the Wynwood warehouses and into Club Space and its iconic rooftop terrace.

And, as always, Jones remains planted firmly in the cockpit, ready to bring his brand of intergalactic techno heaters to dancefloors across the planet and beyond. Paradise won’t just be a place on earth if it’s up to him.

We caught up with the globetrotting DJ/producer ahead of the madness to get the history of Paradise firsthand, as well as look to its future and beyond.

DJ Times: I’d love to hear the brief oral history of Paradise and its creation. What sort of start did it have and what inspired its concept?
Jamie Jones: I started it because it got to the point in Ibiza where I was getting a lot of offers from various clubs to start my own night. I was a resident at DC-10 at the time and after discussing it with them they offered me to start my own night there for the whole summer, which no one had really done before. A few people had tried, but it hadn’t really worked out. My first residency in Ibiza was in this room called The Music Box. It was the first place to bring DJs like Damian Lazarus and Tiefschwarz and M.A.N.D.Y.—that kind of early electro-house sound from Berlin and London in the early/mid-2000s—to the island, and to me and my friends held a lot of good memories because it was a time before minimal techno took off.

DJ Times: So how did things change?
Jones: With Paradise, I wanted to bring those sorts of more colorful people dressed well and keeping the music going in various directions every week. The reason we called it Paradise was because it made sense to be associated with Paradise Garage—it’s a bit of a homage to that, really.

DJ Times: What is the central core of Paradise? If someone were to go stay from open to close one night, what sort of journey are you trying to take them on?
Jones: I’m a DJ and I think what we try and do with the label and all the brands is we try and continuously move it forward, but the running element is a bit of variety. From the offset, we’ve got some great residents and we always bill the music well, but I think the reason it’s been successful is because we don’t look in one world of music for our DJs. We have everything from Metro Area and DJ Harvey all the way to Adam Beyer and Alan Fitzpatrick to Daniel Bell and Mood II Swing this last summer. 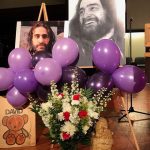 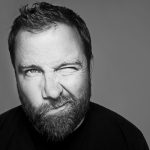