With the last throes of winter finally releasing their icy grip, ravers are gearing up to fly down to Miami for the annual celebration of all things sun, fun, and clubs: Miami Music Week.

As always, Miami Music Week is a marathon, not a sprint, so proper planning is essential to make sure you’re still shuffling your feet by Day 5. With so many reveling options to pick from, you’re sure to be overwhelmed by decision fatigue with even a cursory glance. Fret not, however, as DJ Times is here to help you tune out the static and peep the best this year’s Miami Music Week has to offer.

We’ll be updating this list in the coming days, so stay tuned for the latest and greatest MMW offerings.

Wednesday, 3/22
Martin Buttrich Presents Collaborator
Trade
German DJ/producer Martin Buttrich will take the wraps off his Collaborator Vol. 1 project on March 31 with the release of a 12-track LP featuring productions from his close friends and associates, but he’s previewing the vibes of it during MMW with a mid-week celebration at Trade. The night will feature a live performance from album collaborator Guti, with Davide Squillace, Harvard Bass, Soul Clap, and Buttrich himself slated to take to the decks as well.

Thursday, 3/23
MoodDAY
The Raleigh
Techno’s reigning queen of drums is bringing her MoodDAY party back to South Beach for a poolside soiree featuring some hefty talents. Moudaber will be joined by Sasha, Martin Buttrich, Fur Coat, and Ben Hoo this year for a 10-hour odyssey that’s sure to sufficiently amp you up for the devilishly busy Thursday evening offerings. 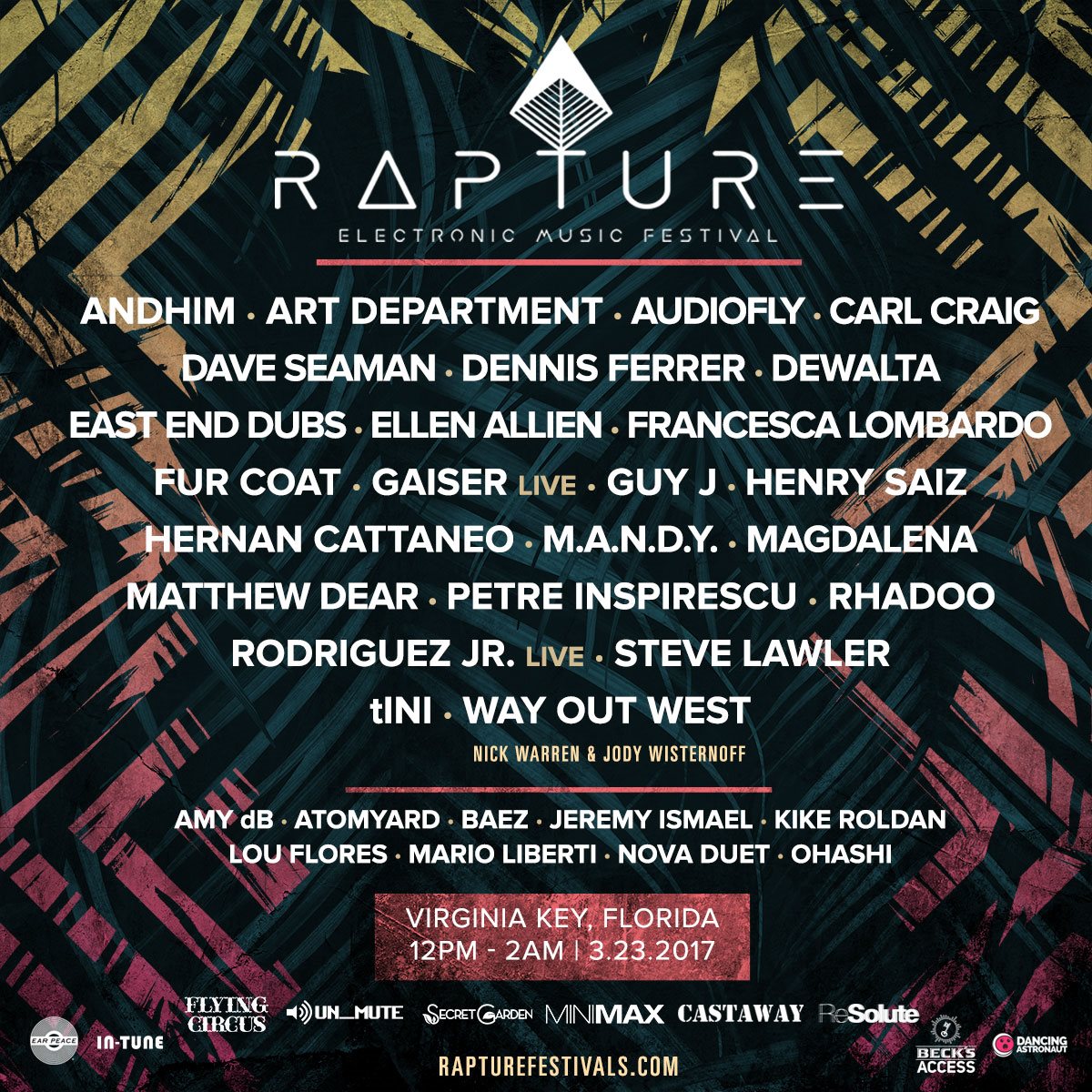 Rapture Electronic Music Festival
Virginia Key
One of this year’s most exciting Miami Music Week debuts actually lays off the beaten path of the usual South Beach, instead taking place a few minutes away on the beaches of Virginia Key. Boasting 14-hours of music, four separate environments, and a lineup that includes heavy hitters like Art Department, Ellen Allien, Steve Lawler, and Way Out West, Rapture is poised to make quite a bit of a noise amongst the numerous options that day.

Paradise in Space
Space Miami
Jamie Jones’ revered music marathon is headed back to Miami for its perennial MMW showing, this time trading in the warehouses of the Wynwood district in favor of Downtown’s clubbing institution Space Miami. Promising 20 (!) hours of music—including performances from Green Velvet, Danny Tenaglia, Stacey Pullen, Skream, Patrick Topping, and more—and outdoor vibes courtesy of the legendary Terrace, Paradise is once again promising to serve as the week’s crown jewel. 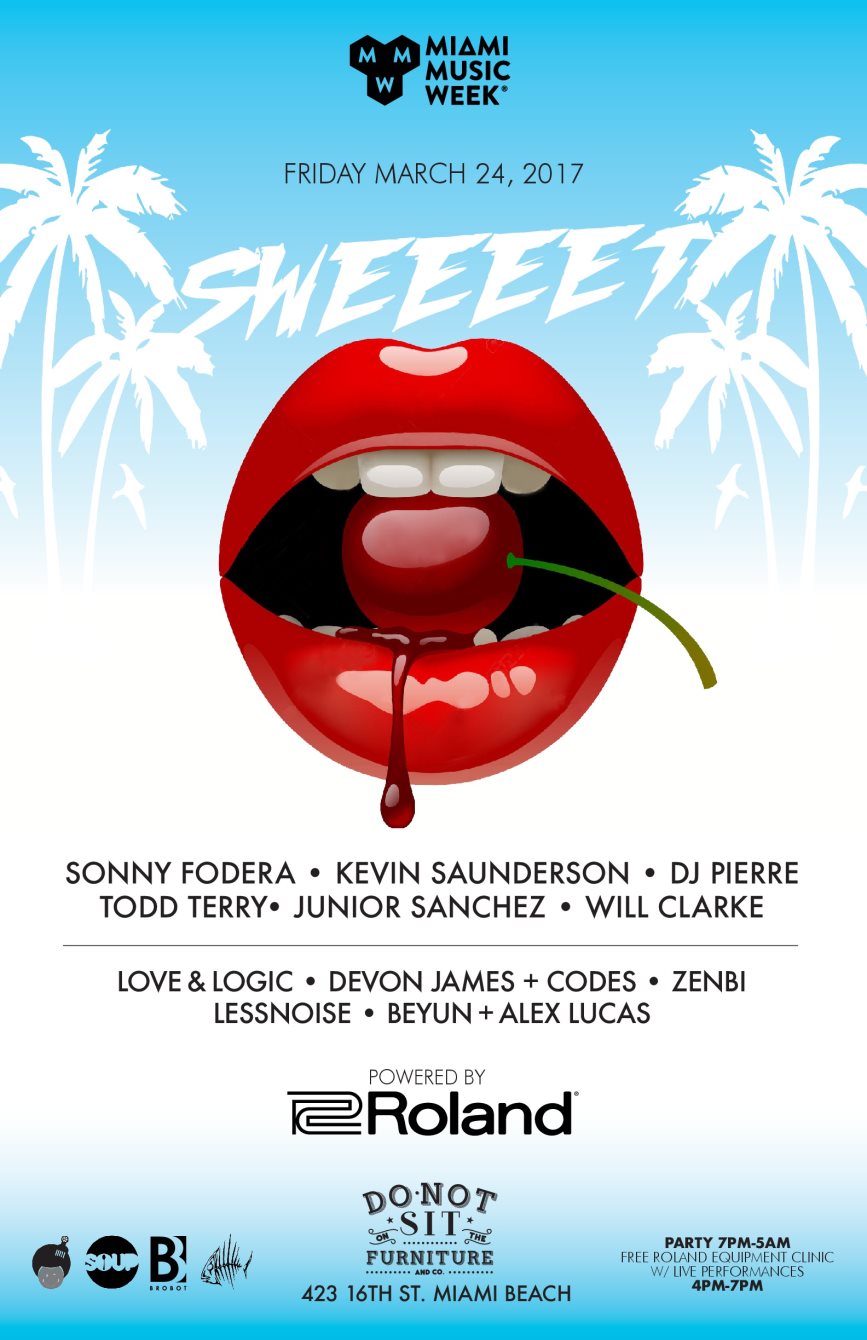 Sweet
Do Not Sit On The Furniture
House, Detroit techno, and acid’s legends—Todd Terry, Kevin Saunderson, and DJ Pierre—will lead the Friday festivities at Miami’s best-named venue. Expect a smorgasbord of 808s at this Roland-powered party, and be sure to catch the piping hot booty-tech that Dirtybird’s bearded bass maestro Will Clarke will be bringing to club.

Saturday, 3/25
Get Lost
TBA
For its 12th annual session, Damian Lazarus and Crosstown Rebels’ 24-hour clubbing marathon is going bigger than ever before with a top-to-bottom lineup of some of the best talent in the underground dance realm. Art Department, Pan-Pot, Ellen Allien, DJ Sneak, and Bill Patrick represent just the tip of the iceberg, with a cavalcade of other DJ and live acts set to play the mystical party’s multiple environments.

The Birdhouse
Delano Beach Club
America’s Best DJ 2016 Claude VonStroke is bringing his radio show back to Miami for its sophomore installment, bringing a few of his favorite acts beyond the greater Dirtybird umbrella. Denney, Jesse Rose, and Solardo will be on-hand for the fun, but ladies Honey Dijon, Kim Ann Foxman, and J.Phlip are the ones we simply cannot wait to catch under the Miami sun. 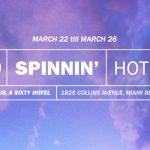 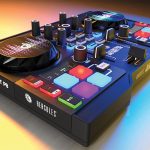