If you’ve experienced Thievery Corporation over the last few years, chances are it has been in a live setting with a full band, rather than a gig with either of its members DJing.

The Washington, D.C.-based duo—Eric Hilton and Rob Garza—became known as a DJ collective early on, but eventually established its live presence, playing some of the world’s most prestigious stages like Coachella. According to Hilton, when they do DJ, which is very rare anymore, it often confuses their fans who are looking for the musicians, “no matter how big you put the letters ‘D’ and ‘J’ on the various bits of promotion for the gig.”

Hilton says that he’s “officially retired from DJing,” pointing to the digital demands on the modern DJ. “I found it really frustrating to keep up with the music,” he laments. “Sifting through five hours of digital files, buying music, makes me want to punch the wall. I miss going to the record stores and interfacing with my friend who works there who can tell me about cool stuff. There are so many DJs I love, I’d rather listen to them than hear myself DJ.”

Even so, Pioneer CDJs are still the instruments Hilton uses in all Thievery Corporation’s live performances, while Garza plays keys, samples and, intermittently, the guitar. As for recording the studio, according to their longstanding front-of-house and studio engineer, Gianmaria Conti: “The first thing we do to sketch a song is pull out an obscure record for samples here and there.”

This was the case on Thievery Corporation’s latest album, The Temple of I & I [ESL Music], which got its start in Montserrat House, their D.C. studio, with these sketches. Then the project moved to GeeJam Studios in Port Antonio, Jamaica, for 10 days to record the rhythm section before returning to D.C. for completion, which took the better part of a year.

As might be expected, The Temple of I & I has a decidedly dub-reggae feel to it, primarily inspired by GeeJam’s beautiful, exotic location. But it’s also because Hilton and Garza have been moving toward tighter musical-genre concepts on their recent albums, rather than the mixture of world sounds of their earlier works.

Thievery Corporation took its own rhythm section to GeeJam along with Conti, and Hilton admits, “We could have gotten the same sound in our own studio, but it was a bonding exercise. It felt good recording in Jamaica and having Jamaicans hear you play Jamaican music and giving their critique, which was generally very positive. That was a cool challenge we couldn’t have gotten anywhere else.”

It’s not surprising that Hilton and Garza received good feedback – The Temple of I & I has an authentic, low-slung Jamaican feel to it. Song titles sport classic reggae terms (“Thief Rockers,” “True Sons of Zion,” and “Babylon Falling”) and MCs chant familiar catchphrases – check Notch’s calming flow on “Strike the Root” or Racquel Jones’ big-throated raps on “Letter to the Editor.” Even hip-hop-style rhymes courtesy of Mr. Lif cushion nicely against the lazy horns of “Ghetto Matrix.”

Avid’s Pro Tools is the recording platform of choice with Native Instruments’ Maschine sometimes used to edit beats and loops. At home, Hilton and Garza have a plethora of vintage keyboards, including a Wurlitzer, a clavinet, Lowrey organs, plus a Leslie amp cabinet. At GeeJam, which is one small L-shaped room, Conti had the drums tucked at one end with a little bit of space for room miking, recording the musicians separately. They worked from the aforementioned sketches, which were essentially rough demos. With limited time, the days at GeeJam ran 12- to 13-hours long, providing a more difficult, if scenic environment.

“We kept moving the room mics for the drums around until halfway through the week we found the best location,” says Conti, who has co-producer credit on The Temple of I & I. “It is harder, but we were there in February during a blizzard back in D.C., so I can’t complain. I did have to re-dub some stuff we did out there because it didn’t feel right. A lot of the dubbing on this record was done with Roland RE-201 Space Echo, but nothing was particularly different to our usual way of working other than we went to Jamaica. It never happened before that we went somewhere else to record.”

Hilton, who recommended GeeJam after vacationing in the area, says the studio has become his blissful sanctuary. “If I could be in the studio making songs all day every day instead of playing live, I would be extremely happy. It’s like painting. If you’re a painter, you want to paint. You don’t want to go to gallery openings all the time and sit there in front of your painting and talk about it. You want to make a new painting. Art to me is creating the music. That’s what I truly love.” 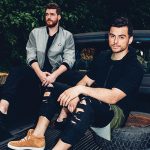 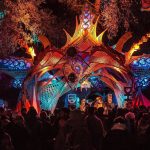 Revisited: The Evolution of Desert Hearts