Whether it’s future house, bass house or a more recent understanding of deep house, the house genre’s currently enjoying a resurgence among younger dance-music fans. And one of the youth market’s current faves is the mysterious DJ/producer Noizu.

Adopting a cartoon persona, the L.A.-based talent broke out in 2017 with “Lasers,” a banging earworm handpicked by Chris Lake and Skrillex for OWSLA’s HOWSLA EP. After that early success, Noizu followed up with a steady stream of dancefloor fillers, including his wonderfully buzzy co-remix (with Malaa) of Stardust’s classic “Music Sounds Better With You.”

So, as he prepped for a busy summer touring in support of latest single – the rousing “Inside My Head,” a collab with Eli Brown – we caught up with the artist behind the animated character, Noizu.

DJ Times: After your success with “Lasers,” what’s your life been like?

Noizu: It’s definitely been an exciting journey since releasing “Lasers.” The response from people and other DJs has been overwhelming and really encouraging. My team and I have been working really hard since releasing “Lasers” and it feels like it’s paying off. We have taken it one step at a time with every release and every show, so it’s been very enjoyable so far.

DJ Times: Where does the name Noizu stem from?
Noizu: “Noizu” is Japanese for “noise.” Noizu’s music is feel-good, fun and trying to bring everyone together for a good time. The idea is with all the noise and worries in the world at the moment, Noizu can be your noise that makes everything feel OK – your noise of choice. 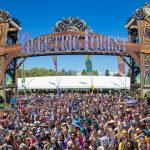 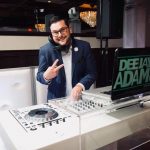