Detroit – Multi-talented DJ/musician/producer GRiZ returned to his hometown this week to spread holiday cheer and help fund music education in Detroit Public Schools with his “12 Days of GRiZMAS” series. It runs from Dec. 3 to Dec. 14.

Each day, GRiZ – aka 29-year-old Grant Kwiecinski – hosts a different fundraising activity to raise money for Seven Mile, a nonprofit organization that offers free music, arts, and coding education to children across Detroit. GRiZMAS activities include a dodgeball tournament, local mic night, mystery party, roller disco, and jazz with GRiZ and friends. The “12-days” series closes out with sold-out, back-to-back GRiZ shows at the Masonic Temple on Dec. 13-14. Again, all proceeds go to support the nonprofit.

DJ Times dropped by the popup GRiZMAS merch shop and sat down with the man himself to get the scoop on spirit of GRiZMAS and his plans for the New Year. For more, please visit www.12daysofgrizmas.com.

How did GRiZMAS get started?

Why do you believe it’s important to get people involved in the city of Detroit?

I’m from here. There’s a lot of great things to see and interact with in the city – and GRiZMAS is a great rallying call around that. It gives me a great excuse to show people things that I think are cool in the city and get kids engaged.

How did you choose which charities and what causes you wanted to promote?

The first charity that we went with was a national branded charity. And we did that because it is an easy remedy at the time and then we didn’t have enough information to make the right call. I had the right intention, I wanted to focus on music education in Detroit, and I knew the problem, but I didn’t know how to address the issue. So, we did something with a national that we thought was going to contribute and help. And it did. It did. And it took a lot of conversations with people in Detroit educators, schools, principals, to understand how we could better serve the community.

So, music and arts in education is your focus?

The issue was that, in 2009, there was a massive budget cut where over 50-percent of music education programs and arts education programs in public schools, K-12, Detroit Public Schools was cut. So, if you are somebody who was playing a musical instrument in elementary school or middle school, that’s something that didn’t happen for over 50-percent of the kids that went to school in 2010. And the problem continued and continues into 2020, 11 years later. Over a decade later and you haven’t done enough in schools to deal with that issue.

We did more research and we found a great alliance with Seven Mile Music, which an after-school music program and summer camp music program for the Detroit Public School kids in their facility and then Brightmoor neighborhood here in Detroit. So, it is like a for-Detroit-by-Detroit. That’s what Detroit does for Detroit. We are doing what we can to combat that problem. And I would love to be more educated in that and learn more about how to help facilitate music education in Detroit.

I would love to be able to bring music back into the classroom. We need to find the most appropriate ways to be able to create more options for kids to be able to follow and create passions in their life and positive art and or school extra scholastic passions.

Why do you feel this is your responsibility to help?

The GRiZfam in the GRiZMAS spirit – is this something you hope to see them do year ’round?

Yeah, GRiZMAS is all of us. I have a place within it, just like everybody else does. I have a piece of the namesake, but that just is a shadow of the reflection of how much love and energy everybody else puts into it. You’re sitting with two of the most involved people with Christmas. And we plan this since March. Our first conversation we’re like, alright, cool, like, we just needed a break for two months. It’s of logistics, a lot of coordinating and a lot of creative talks and it all happens exactly how it needs to. It sounds so cheesy, but we live the GRiZMAS spirit year ’round through GRiZMAS being like the main benefactor, the 100-percent benefactor of all GRiZ charitable profits throughout the year, which are consistent and robust. Every single tour we raise money – we’re raising money for Seven Mile Music all year ’round. So, it’s bigger than just the two weeks that we spend inside of the store and the week before building it. It’s not just the 12 days, it’s 365 of GRiZMAS. You know, every day is kind of the spirit of learning more and giving back.

Any upcoming projects? What do you have in store for us in 2020?

I have a really exciting year planned and between four EPs and an album release last year, expect more things coming in this new year. I have a lot of songs I still haven’t released and things I’ve just made in the past two weeks that I’m like even more excited about than anything else – so I’m always on the up and up with them. I’m having fun creating right now feels really good. So, I’m on it. I’ve got a very great thing coming in 2021 for anybody who’s willing to trust me and follow the vision. 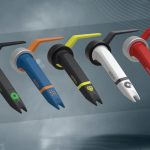 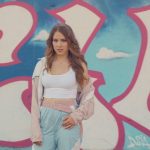