As temperatures continue to plummet, avid electronic dance music fans looked to welcome the new year in paradise heading to Miami for the second sailing of Destructo‘s Friendship.

After what was a wildly successful maiden voyage in 2019, the legendary party planner decided to up the ante landing a bigger boat, Royal Caribbean’s Navigator of the Seas, hosting over 3,500 music lovers and over 50 artists for a roundtrip voyage to the Bahamas those lucky enough to attend won’t soon forget.

While the Port Miami hosted a number of eager travelers looking to get away, nothing could compare the undeniable energy radiating throughout Friendship’s boarding terminal with pulsating beats coming from every corner and being greeted with a barrage of stickers from fellow “ShipFam.” Most using the terminal waiting room as orientation with their new neighbors while others caught up with old friends, there was certainly no denying everyone there was beaming with excitement to set sail.

Once the boarding process had begin, Destructo himself was making the rounds greeting attendees with glasses champagne as they made their way to their cabins. With this being a new boat, even the most experienced ShipFam were in awe making sure to take the time to get familiar with their new home for the week.

Allowing for everyone to get settled in, freshen up and most taking a much-needed power nap, the ship set sail around 7 pm with Troyboi bringing the bass to the newly designed mainstage on the pool deck, and that’s when the party officially started.

Now when the average person thinks of a cruise, they’re thinking peaceful, relaxation using that time to unwind…..but those boomers hopped on a boat at Terminal C. Unwind? Friendship is all about the turn-up!

From the second the ship set sail, there is simply no escaping the music, whether coming from one of the five stages, portable DJ rigs popping up on every corner and tunes blaring from each cabin speaker. Oh, and let’s not forget the infamous Dial-A-DJ program.

Monday set the tone for what was to come with Destructo taking the helm following Troyboi’s barrage of bass before techno titan Boys Noize unleashed his fury on the pool deck. However, after that moment it was all about the lethal dose of girl power that followed which stole the show close out the night.

UNIIQU3 turned to the Threate into an empowering, high-energy house party before Australian tastemaker Nina Las Vegas unloaded a set filled with vibrant and bouncy productions that have become synonymous with her name. The main event of the night, Mija‘s Drum & Bass set turning into Nina Las Vegas, Madame X, Flava D and Star Eyes all going back-to-back! Closing things out with a bang (literally) Ducky wrapped things up in Studio B.

Tuesday was the first full day at sea en route to CocoCay, Bahamas with the theme of the night being Area 51. The music started out on the pool deck around noon, with Flava D igniting the dance floor kickstarting the Night Bass takeover. Throughout the day, there were plenty of activities to partake in, such as creating your very own tiny hat, a twerkshop and double douche with J.Phlip, blind-folded mini-golf with Golf Clap and so much more!

After an afternoon fueled by hard-hitting house, things began to heat up with the first performance of Dita Von Teese’s “Shiptease” burlesque show invading the Theatre leaving the attendees in a daze with their sensual routines and flawless execution. While Boys Noize’s alter-ego ELAX was taking the main deck by storm on that Tuesday night, it was his pop-up back-to-back with Danny Daze, Destructo and Bob Moses in the Promenade that had everyone moving in grooving until the wee hours of the morning bringing the funk with a bevy of french house gems. Boys Noize and Danny Daze were quite the dynamic duo throughout the week.

Friendship made it’s docking debut at CocoCay making it easier than ever to hop between the island and the cruise whenever they chose. On the island, there were two stages, Beach Front and the Swim Up Bar in addition to a complete waterpark. Allowing for party-goers to soak up the sun, they were treated to a surprise back-to-back set from Wax Motif, Noizu, Nina Las Vegas, Solardo and Latnum plus a Bob Moses DJ set in replacement of Ty Dolla Sign. With wilds picking up, the island party came to a close with a wild Destructo & Friends back-to-back at Captain Jack before it was everyone to take a much deserved “disco nap.”

With everyone up and recharged, the theme of the night was “Animal Spirit” and the party had been moved inside completely because of the weather but that was no wind out of our sails! (See what I did there?) While there was a barrage of bass being hurled from the Promenade, Bob Moses took the Theatre with an ethereal musical journey through sound showcasing what the Grammy-award winning duos is all about with the light-hearted productions. 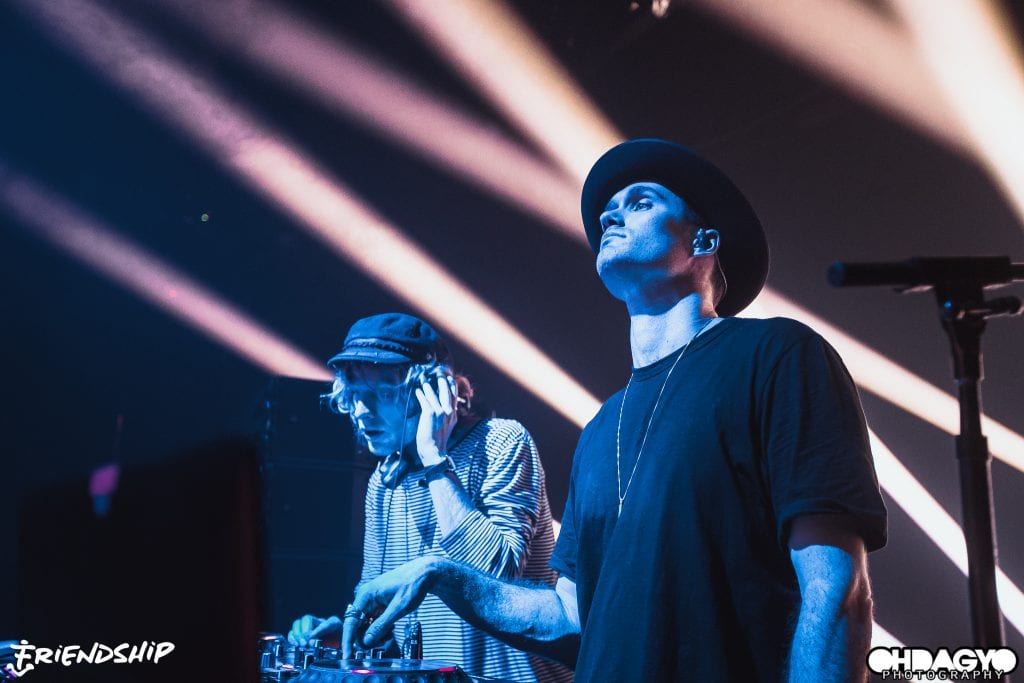 It was finally time for the moment we’ve all been waiting for, the Sunrise Sermon. While many we’re beginning to panic that would even take place because of the wind condition, Destructo and the captain put their minds together and we’re able to find a location to make it happen and the end result was simply magical. Featuring appearances from Danny Daze, Boys Noize, Bob Moses, Wax Motif and even GRiZ popping up with his sax! A five hour back-to-back to welcome the last day of this epic voyage, it doesn’t get much better than that.

The pool deck would remain closed for the final day of this voyage for tropical Christmas which kept the party in the Promenade bringing the beats the center of the boat making things quite convenient for those running on fumes. Taking center stage for the finale were the likes of J.Phlip, Boys Noize, Jack Beats, Noizu, Mija, GRiZ and Nina Las Vegas who delivered the official closing set of the week. In what seemed like a blink of an eye, the beloved electronic dance marathon was over.

Now while these words and snapshots might paint a picture of what the Friendship journey entails, it doesn’t do the experience justice. Destructo has managed to create a voyage that encompasses everything the electronic dance music scene stands for as a whole. It’s a getaway open to anyone creating priceless memories with those all there sharing the same passionate common interest, the love of music, and that goes beyond words. There are no strangers here; only friends you haven’t yet met.

Setting sail just after the new year with all the chaos going on in the world, Friendship 2020 was the perfect way to disconnect and get lost in the music for a few days. For any true dance music fan, this cruise is a bucket list “must-attend” that goes above and beyond your average music festival.

If you’re looking to join this unforgettable journey at sea, the third sailing of Friendship will be setting sail January 11-15, 2021! 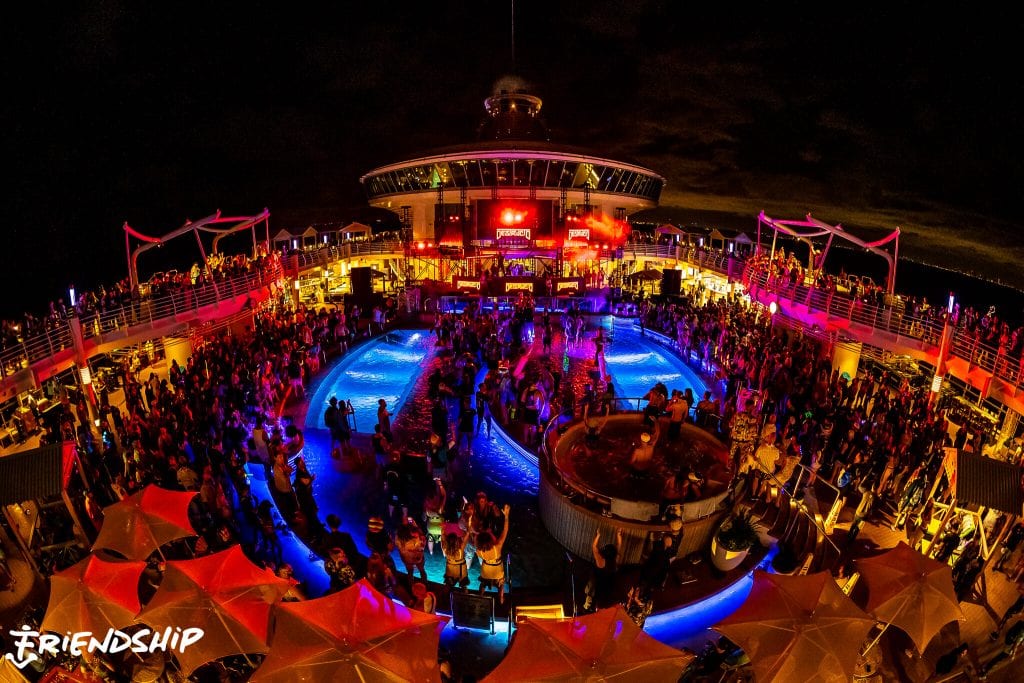 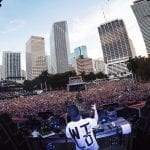 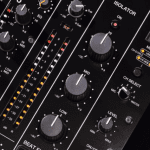 The Pioneer DJM-V10 Mixer: A Shrewd Calculation About the Future of DJing