Dance music stalwarts Marc ‘MK’ Kinchen and Kevin Saunderson are coming together once again this week, bringing a packed night of house and techno to Brooklyn’s Output nightclub on February 26.

Fresh off the release of his storming remix of Bakermat’s “Teach Me” and his success with Lee Foss and Anabel Englund as Pleasure State (in addition to a pair of UK No.1 singles with his remixes of “My Head Is A Jungle” and “Look Right Through”), MK is set to bring a heaping dose of huge house bombs to the Brooklyn club. Techno legend Kevin Saunderson will be joining him for the packed night to give the NYC crowd a sweet slice of Detroit. The night should serve as fitting follow-up to the pair’s surprise B2B set at the New York City edition of the A Club Called Rhonda party last June. Over in the Panther Room, Nadastrom will celebrate the release of their debut LP, which dropped this week on Friends of Friends.

Go to OutputClub.com for tickets and more information. 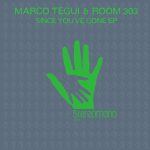 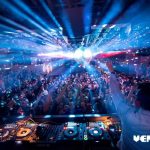