Winter Music Conference is just days away, and partiers everywhere are finalizing their plans for a week of soaking up the Miami rays and top-notch dance music. While armies of ravers will be heading to Downtown Miami’s Bayfront Park from Friday to Sunday for Ultra Music Festival’s, those not hitting the event have no shortage of options of music to catch this week. Here are a few of DJ Times‘ picks for Miami Music Week 2015.

Discobox Presents
Where: Basement Miami
When: Tuesday, March 24
Who: Jamie Jones & Lee Foss (Special Disco Set)
The Hot Creations founders are throwing back to the early days of their Hot Natured with a co-headlining show at The Miami Beach Edition’s club Basement. Don’t miss this one, as Foss will throw down a special all-disco set that will ignite the boogie in you.
Tickets 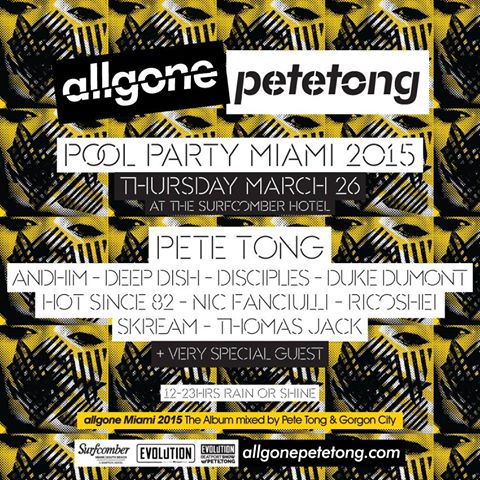 All Gone Pete Tong Miami 2015
Where: Surfcomber
When: Thursday, March 26
Who: Pete Tong, Andhim, Disciples, Duke Dumont, Hot Since 82, Nic Fanciuli, Ricoshei, Skream, Thomas Jack + more
The Miami staple returns to the Surfcomber for day of fun in the sun with the Radio One DJ’s favorite acts. There’s no doubt that this one is simply essential.
Tickets

Casablanca Records Presents The Oasis
Where: Clevelander South Beach
When: Thursday, March 26
Who: A-Trak, 3lau, Seven Lions, Gazzo + Special Guests
Get a heaping dose of bass from Casablanca Records’ finest. Seven Lions’ stellar The Throes of Winter EP is sure to be spun by the Californian producer, and accompanying performances from A-Trak, 3lau, and Gazzo will be just as scorching. Free admission is available through Beatgasm. Fans can download the app from the Apple App Store or Google Play to qualify for tickets. 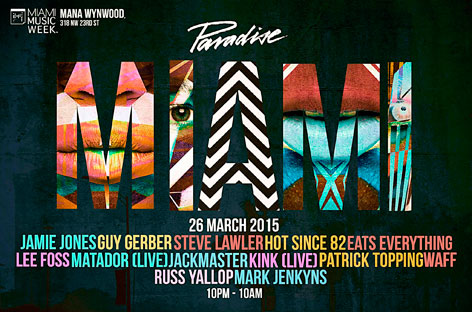 Paradise Miami
Where: Mana Wynwood
When: Thursday, March 26
Who: Jamie Jones, Guy Gerber, Hot Since 82, Steve Lawler, Eats Everything, Lee Foss, Matador (Live), Patrick Topping + more
Jamie Jones’ performance at Basement on Tuesday is sure to thrill, but the real star of the show is his Paradise party over at Mana Wynwood. With 12 hours of music and a stellar lineup—Guy Gerber, Hot Since 82, and Steve Lawler are just a few of the names paying—this is a must-attend for people ready to dance all night long.
Tickets

Crosstown Rebels Presents Get Lost
Where: TBA
When: 5 AM Saturday 3/28 – 5 AM Sunday 3/29
Who: Damian Lazarus, Agoria, Andy Butler, Carl Craig, Claude VonStroke, Dubfire, Ellen Allien, Fur Coat, Josh Wink, Route 94, Sasha, Soul Clap, Thugfucker + many more
Crosstown Rebel’s annual dance marathon returns for its 10th session, boasting a jaw-dropping lineup that seemingly includes just about everyone you could imagine. This one brings a whole new meaning to “Come early, stay late,” as it runs for a full 24 hours from early Saturday morning to 5 AM Sunday. You’ll want to take advantage of that re-entry option.

Tickets
Ovum Party Showcase
Where: Do Not Sit on The Furniture
When: Saturday, March 28
Who: Josh Wink + special guests
Josh Wink’s evergreen label showcase returns to celebrate its 20th anniversary at WMC. While it’s no longer positioned as a midweek pick-me-up, the music will set the place ablaze with a Saturday night fever.

Astralwerks ‘Til Dawn
Where: Clevelander South Beach
When: Saturday, March 28
Who: Porter Robinson (DJ Set), Duke Dumont, Klangkarussell, & Audien
The always-quality label readies a Saturday night showcase of its brightest talent. If you can’t catch Porter Robinson’s live performance at Ultra that weekend, A DJ set from the hot-shot is a more than adequate substitute! Duke Dumont’s sunny sounds are a perfect way to round out a weekend in Miami, and Klangkarussel and Audien are sure to impress the packed party. Like the Casablanca Records showcase, admission to to this party is free if you download the Beatgasm app. Just make sure to do it early, as entry is limited! 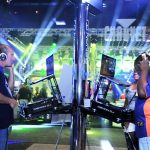 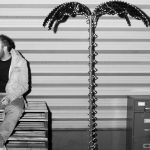 I Worked Hard For This: Doorly Talks WMC 2015, Production, & More