BT is gearing up to debut his Electronic Opus project at Miami Music Week on March 29, but he’s giving fans a sneak peek at the recording sessions with a mini documentary.

Electronic Opus aims to reimagine BT’s classic recordings with sweeping new arrangements featuring a full orchestra. Originally funded by his fans via a Kickstarter campaign last year, the new project will consist of a full album and a series of live performances that will showcase the new arrangements.

The seven-minute documentary goes behind-the-scenes of the recording process in Prague, Czech Republic. Fans get a VIP look at the 100-piece symphonic orchestra who recorded for the forthcoming album as well as interviews with executive producer Tommy Tallarico and BT himself. Watch the video below. 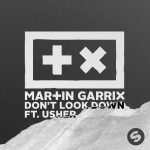 Martin Garrix Teams with Usher for ‘Don’t Look Down’ 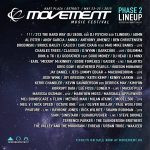