Techno and house fans at Coachella found a haven of beats and bass at the festival’s Yuma Tent, and a large portion of vibes came courtesy of Chauvet’s Nexus panels.

Steve Lieberman of SJ Lighting served as lighting designer for the setup, utilizing 47 of the Nexus Aw 7×7 panels in front of the DJ booth to create pixel-mapped video surface that channeled a club look. Liberman also used over 100 other high output fixtures throughout the tent, positioning moving beams in the upper sections of the ceiling and strobes along the edge. Six mirror balls across the spine of the tent—and a disco shark designed by Kevin McHugh in the center—were also placed to bring the energy of a Las Vegas club to the Californian desert.

During the festival, Lieberman ran the lighting rig with a grandMA Series 2 console, giving him a hands-on approach.

“I love this music and I love being involved on a hands-on level in lighting it… I enjoyed working with the Nexus Aw 7×7 because of its output and super sharp beams. It also allowed me to get the kind of incandescent glowing look that contributes to a club atmosphere, but at the same time it’s an LED fixture with all the good stuff that entails. Plus it’s very versatile when you pixel map it.” 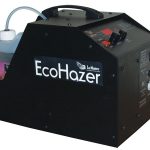 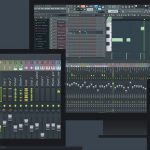