Hot off Coachella performances this past weekend, Kygo has revealed plans to transform Bergen, Norway’s Scandic Ørnen into the Kygo Hotel as part of Bergenfest weekend.

The Kygo Hotel will serve as a “haven for all things Kygo” from June 11-14, with artwork and branding throughout all rooms, lobbies, and elevators. Guests can play an interactive video game starring the Norwegian DJ/producer, as well as take a Kygo bus to the festival each day

The Kygo Hotel will also host a series of event programming throughout the weekend, including a press conference and meet & greet on June 12, a Q&A with Kygo and his team on June 14, and two curated afterparties on Friday and Saturday night. Additionally, fans may even hear unreleased music from Kygo’s upcoming album playing throughout the weekend.

For more information and tickets, go to bergenfest.no/kygohotel/. 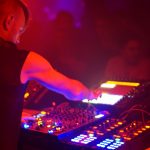 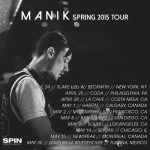