Rothbury, Mich. – This past July 25-28, Electric Forest brought nearly 40,000 fans from all corners of the country to Western Michigan to partake in a weekend of music, friendship, sustainability and new ideas.

DJ Times was there, represented by its Triple-Threat Feminine Trio, a group of writers, photographers, and long-time festival enthusiasts, who engaged Electric Forest 2015 (presented by Madison House and Insomniac) from every angle.

EF is an enchanted woodland adventure sprinkled with hammocks infused with breathtaking art and seven epic stages attended by legions of Foresters. DJ Times attended for the second consecutive year to get the inside scoop on the hottest names in both the electronic and jamtronic genres, including America’s Best DJ candidates Claude VonStroke, Green Velvet, Carnage, Soul Clap and Dubfire.

Green Velvet tore up the decks, juicing the crowd up with favorite tracks “Laser Beams,” “Flash,” and his newer release, “Voicemail.” Detroit native Claude VonStroke, owner of Dirtybird and Mothership labels, lit up the Tripolee Stage with techno beats that dominated the far reaches of the campground rattling the tents as far as the eye could see. VonStroke paid proper homage and respect by closing out his set with “Who’s Afraid of Detroit.”

EF proved to be an invigorating hot bed of impromptu jam electronic collaborations. Friday night Skrillex surprised the crowd by jumping on lead guitar to play with String Cheese Incident. On Saturday, Lindsey Sterling knocked the flip-flops off every Forester at the Jubilee Stage for an awe-inspiring hour of electronic violin mastery. Returning the favor, Cheese’s violinist Michael Kang teamed up on violin with Bassnectar to deliver a colossal Saturday night finale.

The Feminine Trio took the chance to meet up with Robbie Kowal, the founder of the mind-blowing Silent Disco concept and co-founder of HUSHconcerts and San Francisco DJ Motion Potion. The Silent Disco is a place where participants don headphones to listen to one or multiple DJs. Participants can toggle between the DJs who are performing, control their own volume or remove their headphones if they would like to have an intimate conversation with fellow attendees.

“People come here and pour all of their souls into this experience,” Kowal shared. “They’re expecting to have a transcendent experience or at least a cathartic one, right? They’re chasing transcendence and catching catharsis and that’s what we have to deliver to them or try our damndest. We, as musicians, have to realize that our duty is to them, to the people who show up and also to ourselves to give our very best performance of all time. [DJs] have to force yourself into the right mindset to be completely 100-percent generous and loving and giving to your audience.”

Riding a fresh wave of altruistic, sustainable festival standards, EF is leading the way with programs such as the Electricology program. Electricology promotes sustainability by providing blue recycling containers next to every brown trash can throughout the festival and campgrounds and a recycling program which encourages campers to bring their recyclables to designated collection areas for chances to win fabulous prizes. Another organization, called the Conscious Alliance, helps out by organizing a food drive to benefit neighboring communities. Last year alone, they collected over 20,000 tons of canned food items.

Another facet of EF’s intentional emphasis on relevant social concerns includes “Her Forest,” a panel discussion on the power of women in festivals. The panel featured radiant divas Lindsey Sterling, Natalie Rize, and Kiki Frederico, to name a few. Both men and women packed into a standing-room-only tent to offer suggestions on how to transform EF into a cutting-edge phenomenon that honors currently dominant masculine influence and the growing feminine perspective in the festival world. “Her Forest” is slated to become a permanent fixture at EF in years to come.

The Feminine Trio luxuriated in good vibes, kandi, and the next generation of rainbow ravers throughout the entire forest. Joylyn Phoenix with her two-year-old warrior princess Jadyn, Bethany Weems with her three-year-old galactic Batman Kailer, and Kayla Bultema with her eight-year-old/four-time EF veteran “Leader of the Littles” Lilli soaked in the goodness of the Forest and have transmuted the evolutionary vibes for the world.

See you next year, in the Forest! 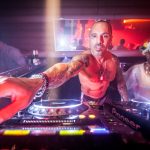 America’s Best DJ: Going for Gold in the Golden City 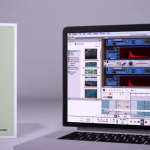